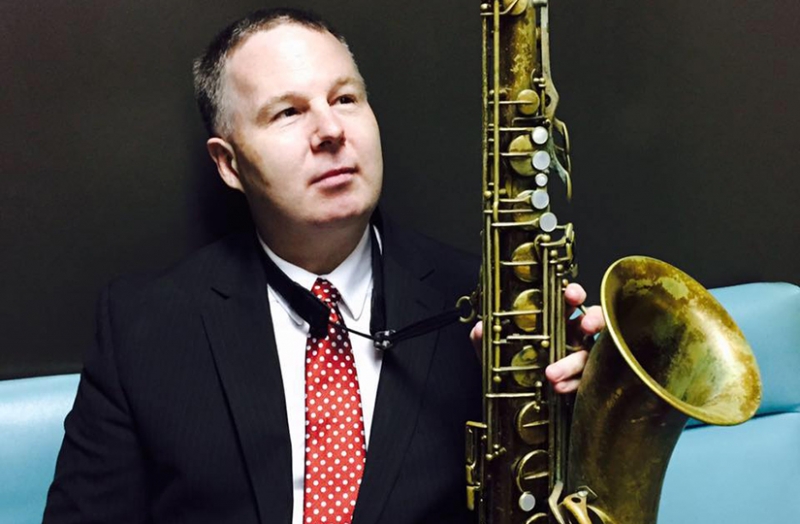 A native of New York, the multi-award winning  Harry Allen is considered to be one of the finest mainstream saxophonists on the International Jazz scene. Harry first started making waves as a teenager back in the 1980's and has been impressing everyone who has heard him ever since. Described by the Observer as "one of the finest exponents of swing tenor alive today" Harry has over thirty recordings to his name, three having won Gold Disc Awards from Japan's Swing Journal Magazine with his CD "Tenors Anyone?" winning both the Gold Disc Award and the New Star Award. In addition he won the New York Nightlife Award for Outstanding Jazz Combo Performance of 2006 and he has performed at jazz festivals and clubs worldwide, frequently touring the United States, Europe and Asia. His cv is, unsurprisingly, vast and impressive, including work with the likes of Rosemary Clooney, Ray Brown, Hank Jones, Scott Hamilton, Harry 'Sweets' Edison, Tony Bennett, Johnny Mandel, James Taylor and Sheryl Crow. You get the idea, he’s very good! Accompanying Harry tonight will be a world class International rhythm section featuring Andrea Pozza (Italy)-piano, Simon Woolf (UK)-bass and Anthony Pinciotti (US)-drums.

“a first division tenor player" Daily Telegraph; "Rich and Satisfying when he's balladeering, mind blowing when he's cooking…. endlessly inventive...his tone and execution are always superb" Jazz Journal; "There was a further moment of disbelief when Harry Allen's quartet took the stand. How could a man play tenor saxophone with such virtuosity….” Metro