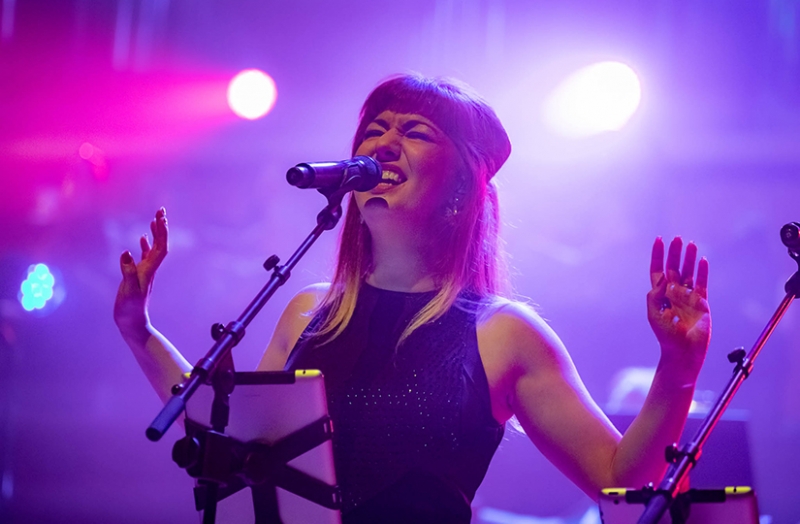 Hayley Sanderson is a terrific singer who performs an impressive mix of Jazz, R&B and originals with deft ease. A highly experienced performer both live and in the studio she includes work with the likes of Gloria Gaynor, Sting, Nile Rodgers, Beverley Knight, Barry Manilow, Will Young, Rick Wakeman and Trevor Horn on a massive and immensely impressive cv. She has duetted with Ricky Wilson from The Kaiser Chiefs and her highly rated solo album “Just Songs” and appearances with her own band the Stylophones (who at one time had a residency here at the Club) have gone a long way to establish her as one of the leading vocalists of her generation. However, it's her work over the last 9 years as one of the featured singers on TV’s “Strictly Come Dancing” that has really put Hayley on the map. Tonight Hayley will be joining forces with singer/guitarist Jamie Squire who has found time from his busy schedule touring with The 1975 to make the gig this evening. An old friend from the Trevor Horn Band Jamie is now, alongside Hayley (and our own Tommy Blaize) one of the featured singers on “Strictly”. Hayley describes the music they will be performing tonight as "Funk versions of Rock and Soul classics. Heavy grooves and great soloists - songs from Fleetwood Mac, The Staple Singers and Bonnie Raitt to Donny Hathaway and Stevie Wonder plus some of my Groove originals too - something for everyone". Supported by a brilliant band which includes Jeff Leach-keyboards, Matt White-guitar, Dale Davis-bass, Neal Wilkinson-drums and Tor Hills-vocals this promises to be a very special gig from one of our favourite people!