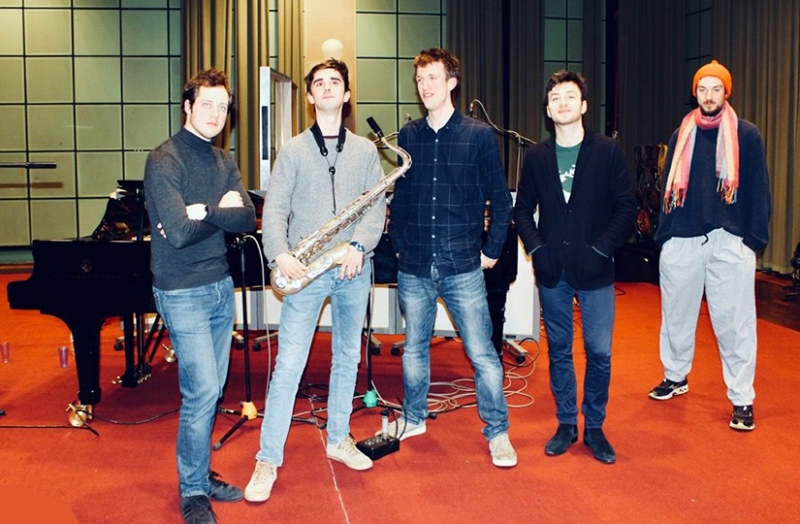 The latest project founded by bassist/composer Misha Mullov-Abbado, “Hermeto Hermeto Hermeto” features a dream squad of the UK’s finest young contemporary jazz musicians (Sam Watts-piano; Sam Rapley-saxophone, Rob Luft-guitar and Corrie Dick-drums), joyfully celebrating the music of the hugely influential Brazilian composer and multi-instrumentalist Hermeto Pascoal. Pascoal’s bona fides are much too extensive to detail here but suffice to say no less than Miles Davis called him “the most impressive musician in the world”, and to give a sense of his style, Hermeto was dubbed O Bruxo (“The Sorcerer”) in reference to, among other things his use of household objects including kettles and toys in his orchestrations. This same sense of playfulness is very much in evidence as this skilled new quintet navigates nimbly though these complex arrangements with infectious enthusiasm and impressive precision.   A BBC Radio 3 “New Generation” Artist and winner of the Kenny Wheeler Jazz Prize, bandleader Misha also co-directs the Whittingham Award winning Patchwork Jazz Orchestra, plays with Mercury-nominated artist Sam Lee and Whirlwind Recording artist Alice Zawadzki and has released two albums as leader with his own Misha Mullov-Abbado Group (also featuring Sam Rapley). In addition to his work with Misha and other bands such as Troyka and Ralph Wyld’s Mosaic, Sam Rapley leads his own group Fabled while Kenny Wheeler Jazz prize winner Rob Luft has just released his debut album on Edition Records. Pianist Sam Watts received the Humphrey Lyttelton Prize among many accolades, & Scottish Jazz Award recipient, drummer Corrie Dick, is a member of the Mercury-nominated group Dinosaur. This new outfit simply overflows with talent and is a pleasure to hear from the first note to the last.

“It will not be many years before Misha becomes one of the world’s leading figures in music” La Jornada (Mexico); “Mullov-Abbado in particular created another magic moment with a singing grooving solo” Jazzwise; “Sam is one of the few young sax players around today that plays for the music every time”  Mike Walker (Impossible Gentlemen); “Guitar virtuoso makes enticingly vivacious debut” Guardian