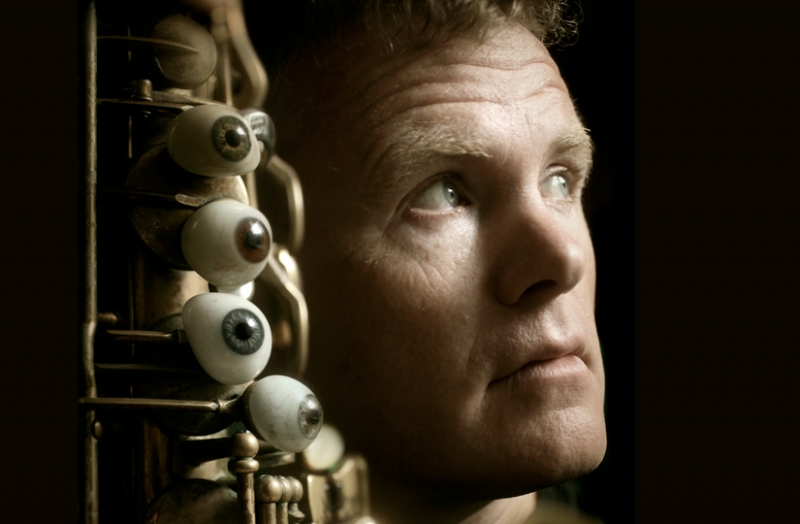 Iain Ballamy is an award-winning saxophonist widely considered to be one of the most intriguing and creative players on the jazz scene today. Iain’s CV reads like a who’s who of jazz, beginning with Loose Tubes and Bill Bruford’s Earthworks and including work with the likes of Hermeto Pascoal, Gil Evans and long-time collaborator Django Bates. Signed to the famed ECM label with his bands ‘Food’ and “Quercus’, Iain was a recipient of the ‘Award for Innovation’ at the BBC Jazz Awards and was listed in the Corporation’s ‘100 Jazz Legends’, being described as an ‘ingenious innovator’. Tonight he returns to the 606 to present ‘Fascinada’, a joyous celebration of five Brazilian musical legends. The programme features magical improvisations leading into original compositions in the spirit of Ivan Lins, Milton Nascimento, Tom Jobim, João Bosco and Hermeto Pascoal. Joining Iain’s band tonight will be BBC “New Generation Artist” guitarist Rob Luft and the superb pianist Huw Warren.

“...leaves you in absolute awe…the sheer virtuosity and sense of joy makes you feel like a kid about to step onto a twinkling, old-fashioned merry-go-round” BBC; “Ballamy’s is a melodic thoughtful style, born out in beautiful original tunes" Time Out; “A major international voice" The Times; "Ballamy’s melodies may one day be seen as legendary" Improjazz

Artist Notification Get notified when Iain Ballamy plays at the club.