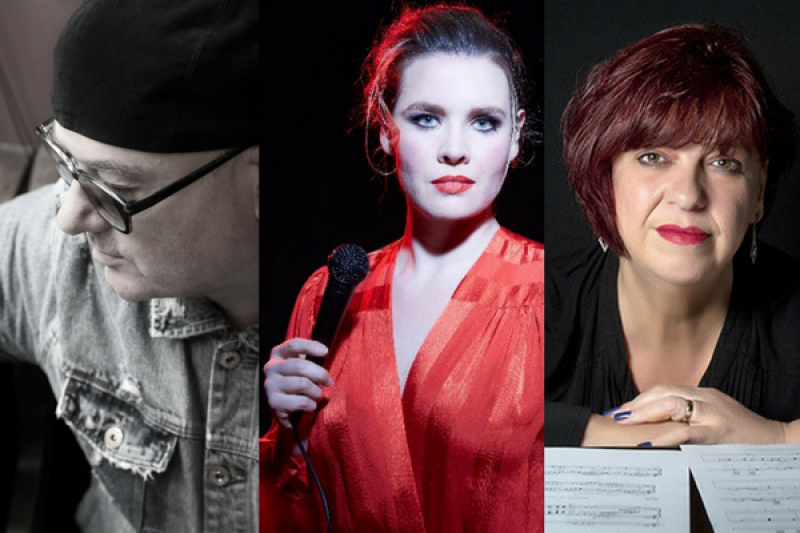 There are some performers who are very much part of the DNA of the 606 Club and who represent not just the high International standards that we constantly seek to achieve, but also the long term commitment and support that keeps the Club at the forefront of the UK jazz scene. And tonight we present not just one but three such artists.

Polly Gibbons is one of the most respected and talked about singers of her generation. Since first hitting the UK jazz scene more than 10 years ago she has developed into a consummate performer with a sultry, distinctive style. In 2016 alone she opened the sold out UK tours for George Benson and Gladys Knight, had two acclaimed performances at the Royal Albert Hall and was a featured singer with the Liverpool Philharmonic. Rapidly establishing herself in the US, with recent shows in Florida, Boston, Minneapolis, Kansas City, Oklahoma City, Los Angeles and Birdland in NYC Polly is a very special talent. pollygibbons.com/

Record producer, broadcaster, raconteur, pianist oh, and one of Europe’s finest male jazz vocalists, Ian Shaw has it all. Named Best Vocalist of the Year twice (!) at the BBC Jazz Awards, the multi-award-winning Ian Shaw is a huge talent with the most engaging personality and an ability to make every song his own. Described as “the voice of the decade” it is not by chance that he was the first British Jazz vocalist to be signed to American label, Milestone, which resulted in a number of highly acclaimed US recordings. A wry, witty and intelligent showman, Ian has an international reputation, including sell-out tours of the US, Canada and Australia and host of critically acclaimed CDs to his name. A staunch supporter of the 606 since it's early days here at Lots Road (it was Ian who introduced both Polly Gibbons and a certain Jamie Cullum to the Club) no Festival would be complete without him. ianshaw.biz/

And finally, the doyenne of UK Jazz vocalists and a performer who is inseparable from the history of the 606 Club, Liane Carroll. I first booked Liane around 1994 and she has been entrancing us all here ever since. The first artist ever to win two BBC Jazz Awards in the same year, for Best Vocalist and Best of Jazz, Liane is a dynamic vocalist and pianist whose amazing talent has been captivating audiences around the world. She is recognised as one of the finest singer/pianists on the scene, working with the likes of Gerry Rafferty, Ladysmith Black Mambazo and Paul McCartney, and has been a featured performer at Glastonbury Festival. A world-class performer, her powerful blues-tinged voice combined with strong piano playing and exciting infectious material, not to mention a wicked sense of humour, make her a truly remarkable performer. The idea is that each of these outstanding artists will perform a set each, but given they know each other so well I wouldn't be at all surprised to see a pretty special end to the evening! lianecarroll.co.uk/

“Polly Gibbons…a truly exceptional, once in a generation talent, possessing a voice of such sizzling intensity and raw emotion you could fry an egg on it” Jazzwise; “Shaw…one of the scene's class acts” The Guardian; “Liane Carroll...she seems in some magical way to be made out of music” The Observer