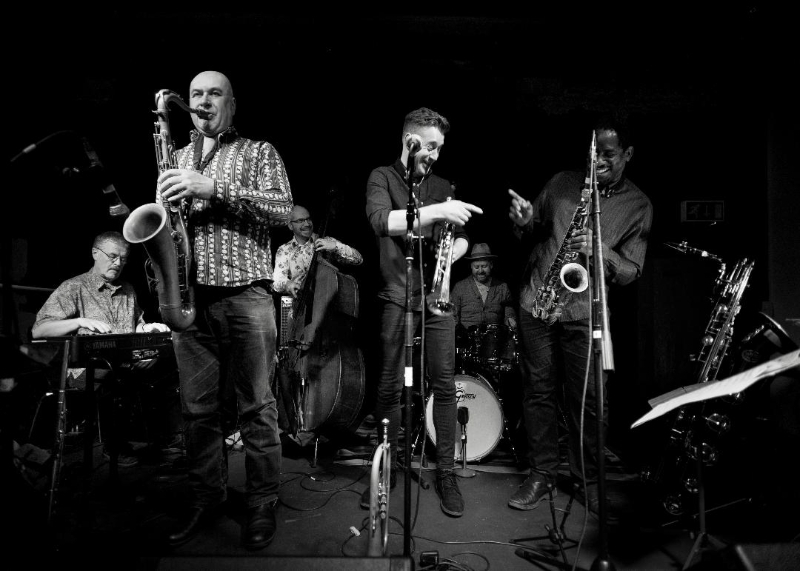 International Jazz Day was founded in 2011 by UNESCO to raise awareness of jazz and the ways in which it helps to unite people from all over the world and tonight we are hosting the fantastic group Hexagonal to celebrate this important day. Essentially a co-operative the group, which comprises of Jason Yarde-alto sax, Greg Heath-tenor sax/flute, Graham Flowers-trumpet, John Donaldson-piano, Jeremy Brown-bass and Tristan Banks-drums, has worked with some of the greatest names in the business, including the likes of the London Symphony Orchestra, Mica Paris, Van Morrison, James Brown, Liane Carroll, Whitney Houston, Eddie Henderson, Larry Grenadier, Steve Grossman, Amy Winehouse and David Gilmour. You get the idea, these guys are pretty well travelled and universally held in high regard. After forming as a group in 2016 to play the music of the late, great South African born musician, Bheki Mseleku (a 606 Club regular when he was based in London), they have performed at prominent festivals around the UK including Jazz Hastings and Herts Jazz, as well as headlining at Scarborough Jazz. Bheki was a special musician and his compositions are a lasting testament to his undoubted brilliance, so it is with real pleasure that we welcome this "super group" to the Club this evening to perform this wondefful music. Highly recommended.

"Yarde has rarely played better....his sax improvising has quietly blossomed to world class" Guardian;  "Heath...impressive" All About Jazz; "Collins...England's top...trumpet master...breathtaking" HMV Magazine; "With remarkably little publicity or fuss John Donaldson has emerged as one of Britain’s most exciting jazz pianists with his own distinctive style" The Observer