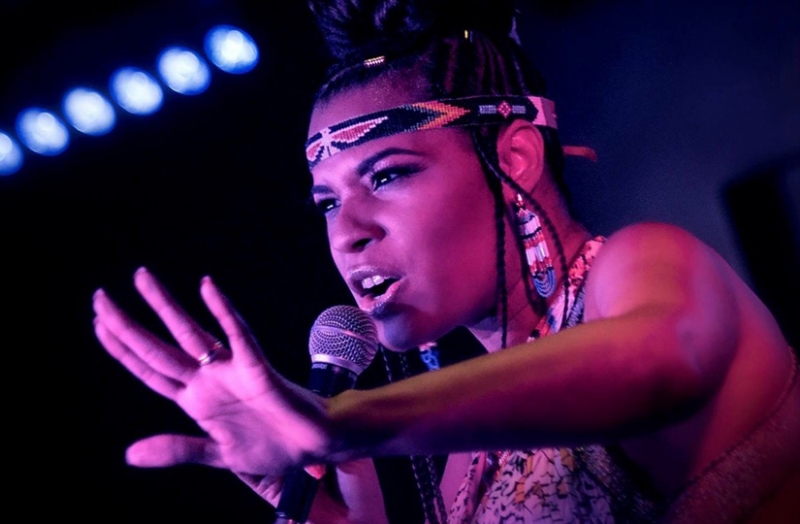 “"She has a voice of thick cream"”

US born of African-American, French and Native American heritage Ivy Chanel has established herself on the International music scene as a singer-songwriter, producer, vocal coach and now author of considerable talent and repute. As with so many great performers, in her early years Ivy honed her craft singing in her choir as lead vocalist back home in Sharon Hill, PA. Since then her soulful, melodic, voice has been heard in numerous high profile settings around the World, with musical collaborators including the likes of Grammy award-winning Scratch Professor, Omar and Mo Pleasure (Michael Jackson). She has appeared with her brother, the legendary DJ Cash Money, as well as sharing the stage with the likes of Roy Ayres, Stevie Wonder and John Legend. Now resident in the UK Ivy is no stranger to the scene here, having won Best Compilation 2005 Award at the UMA’s and sung as an honoree member of the IDMC Gospel Choir. In 2012 she released ‘Wind Blows’ which hit number 1 on Amazon’s UK New Release Chart and was included on Giles Peterson’s ‘Brownswood Bubbler Seven’ compilation album. As a vocal coach her talents were recognised by Simon Cowell, a big fan of Ivy’s, and she has worked with numerous performers on X Factor, Britain's Got Talent and The Voice. Currently, she is one of the lead singers for Mo Pleasure’s Band (with whom she appeared at the 2017 Urbino Jazz Festival in Italy), Miss Hoodoo and The Delta Boys and of course her own band. Ivy's heritage is a big part of who she is as an artist and she represents her Native American roots as strongly as her African American ones, introducing her audiences to one of the oldest, but least represented, nations in the entertainment industry. As she says “There’s so much more to our story, past and present. I wish to be a conduit for greater awareness and understanding”. Accompanying Ivy tonight will be her A list band of: Carl Hudson-keyboard, Max O'Donnell-guitar, Louis Munro-bass, Tuca Milan-percussion, Max Lauder-drums and Chloe Stewart & Jennifer D-vocals. And keep an eye out for her new vocal lesson book “You Better Sang – Beginners” and forthcoming album “Up in the Air”.

“Chanel is utterly charming with an endearing love for her craft. As one would perhaps expect from a sought-after vocal coach, her vocal control and ease was tremendous. She has a voice of thick cream” The SoulHouse