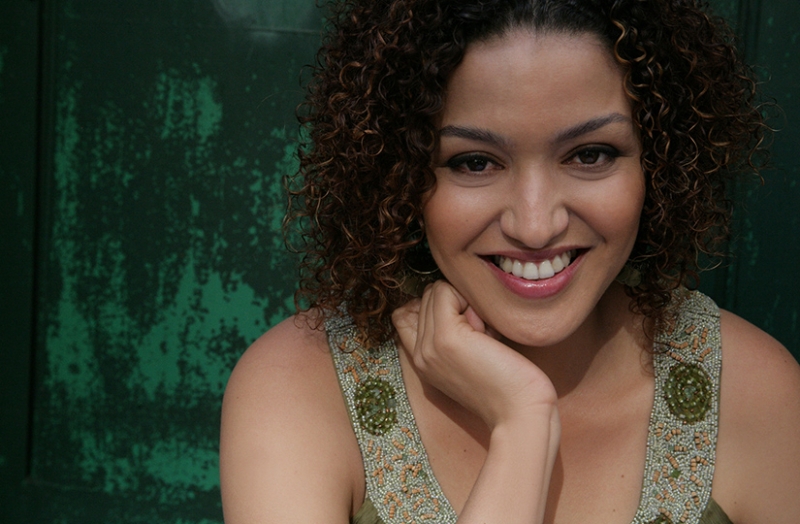 Originally from Rio de Janeiro, Jandira Silva is a highly talented singer who is probably best known at the 606 Club as the vocalist for the Jazz Latin band Samara, with whom she performed for almost ten years. A passionate exponent of her country’s rhythmic, beautiful music, Jandira draws on the classic sounds of ‘MPB’ (Música Popular Brasileira) as well as her love of jazz to create something fresh, beautiful and exciting. After moving to London in 2007, she quickly becoming a key part of the city’s thriving Latin/Brazilian scene and her debut album, “Festa De Um Sonho Bom!” confirmed her as one of the music’s fastest rising stars with regular appearances at venues such as Ronnie Scott’s, The National Theatre and of course the 606 Club.  Originally inspired by the likes of Elis Regina, Leny Andrade, Rosa Passos, Tom Jobim and Joyce, Jandira was exposed to the great voices of American jazz when she moved to Europe, falling under the spell of Kurt Elling, Dianne Reeves and Madeleine Peyroux. It is this jazz tinge that gives her soulful, enthralling music a unique edge. Jandira has been living in Macau since 2015 and we miss her terribly, so it is wonderful to have her back where she belongs! “…outstanding” Soul Tracks