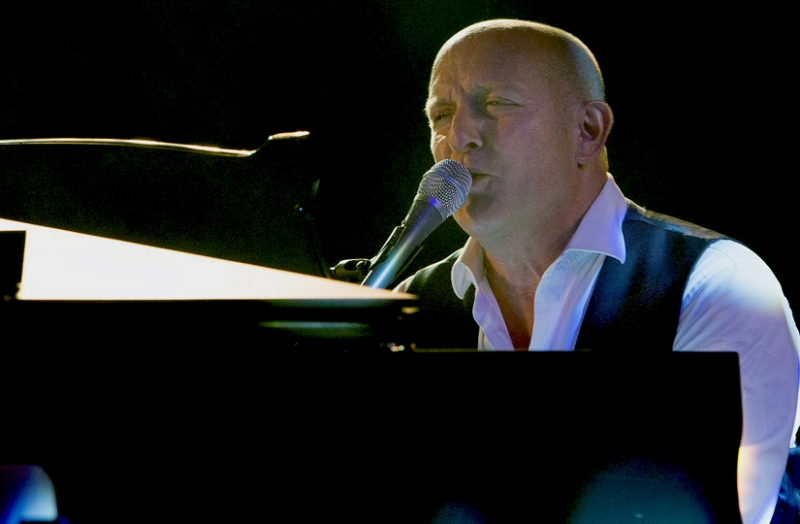 “Sassoon is a charming and witty front-man … an exhilarating set”

Manchester-born Jeremy Sassoon is a singer, pianist and fabulous entertainer (in the tradition of Ray, Nat and Frank). In fact, it was Jeremy’s tribute to Ray Charles, launched in 2009 at the Manchester Jazz Festival and touring the UK with dates at the Jazz Café, Cadogan Hall and six nights at Ronnie Scott’s that firmly established him as a formidable talent. When Jeremy’s cover of the ballad “The Things We’ve Handed Down” was mentioned on Desert Island Discs in 2014, going to #1 in the iTunes Vocal Download Chart, he attracted even more attention.  His excellent choice of material across the jazz, blues & soul spectrum, with songs by a range of writers from Jimmy Webb to Steely Dan and the Beatles combined with his original, unadorned interpretations make his performances something special, and his latest album, “Jeremy Sassoon and Friends”, a recording of his live show, was chosen by respected German jazz publication Jazzthetik as one of the best albums of 2018. As one would expect, his band is populated by top players: BBC “Young Musician-Jazz” Award winner Alexander Bone-saxophone, Richie Aikman (Tony O’Malley)-guitar, Pat Illingworth (James Taylor Quartet, Marcus Miller)-drums and Manchester-based multi-instrumentalist and producer Jasper Wilkinson-bass. A cracking gig.

“Sassoon is a charming and witty front-man … an exhilarating set” London Jazz; "A surefire success for any jazz club.... and well-worth checking now as a recording artist..." Musician Magazine