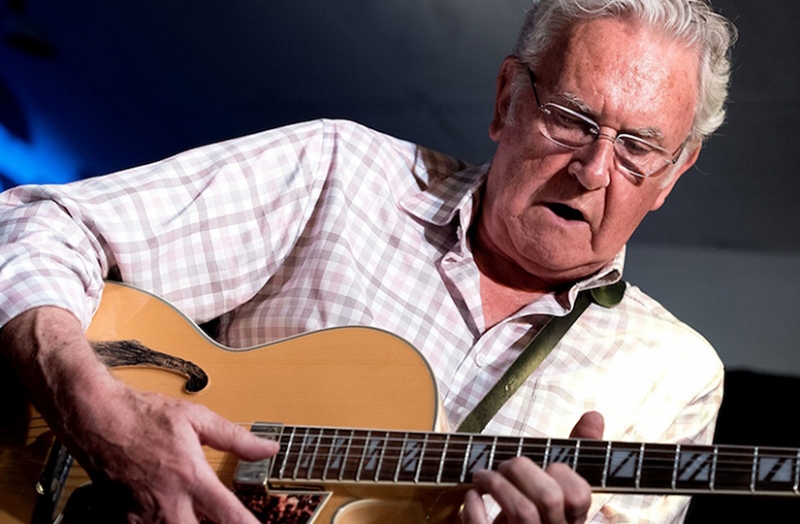 “One of the great Jazz guitarists working today”

A multi-award winner, including a special Honorary Parliamentary Jazz Award in 2017, Jim Mullen is widely regarded as one of the finest jazz guitarists in Europe. Originally from Glasgow he made his name playing with a number of seminal bands through the 70’s and 80’s including Brian Auger’s “Oblivion Express”, The Average White Band and his own highly acclaimed jazz/funk band “Morrissey-Mullen”. A prized sideman as well as leader Jim also includes work with the likes of Mose Allison, Jimmy Witherspoon and Georgie Fame on a stellar cv. The band he leads this evening features the classic Organ trio format, and features leading British pianist/organist Mike Gorman and drummer Tristan Mailliot performing a dynamic set of originals and carefully crafted jazz standards in a Groove-influenced hard-bop style that Jim describes as a mixture of “tradition and transition”. Tonight the Trio will be performing tunes from their CD “Catch My Drift” released on Diving Duck Records.

“One of the great Jazz guitarists working today” Jazzwise; “World Class” Guardian; “The Organ Trio… Each piece gets a unique, often surprising treatment, performed with the understated virtuosity that marks out the best and most mature players.” Guardian