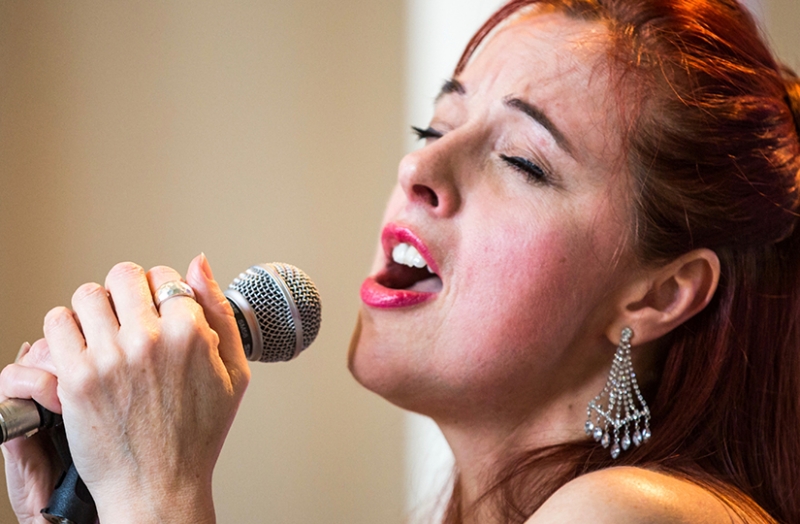 Excellent singer-pianist Joanna Eden has been an established performer on the UK jazz circuit for some years now. Starting originally as a jazz singer in the 1990’s, in 2000 she launched her first CD, “A Little Bird Told Me” at Ronnie Scott’s to enthusiastic reviews and significant airplay on BBC and other national radio stations. Through the early 2000’s she started to focus more on her own compositions as well as continuing to perform jazz standards, and in 2005 produced the self-penned album “My Open Eye”, later released on Universal Records. As a result of the critically-acclaimed reception of that album she was asked to support Jamie Cullum on tour and her most recent album, “Falling out of Grace” contains more of her excellent originals. Joanna has also found increased exposure of late due to the praise of one of her former vocal students, a certain Sam Smith (yes, that one!). This evening Joanna will be performing her specially written show "Sondheim and Me", a celebration of the works of the iconic composer, which she describes as "approaching the songs of Stephen Sondheim from my own, jazz-influenced and heart-filled perspective". Helping her put all this together is a terrific lineup, including Gerry Hunt-sax/guitar/flute, Russell Swift-bass and George Double-drums. Joanna’s gorgeous voice, infectious joy and unbounded enthusiasm ensure that this is a really lovely, feel-good, gig….and it's also her birthday so expect something just a little bit special!