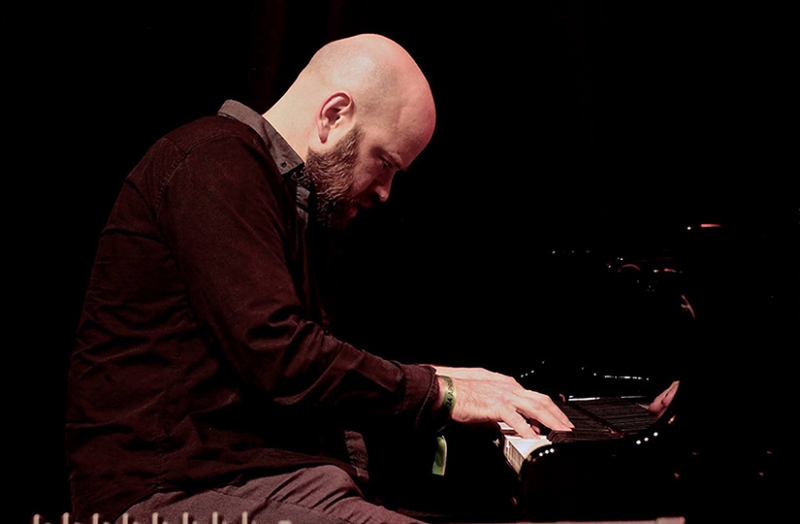 “With pianist John Crawford on hand, there is so much style and imagination”

JOHN CRAWFORD is one of the finest Latin/Jazz pianists on the scene. His unerring musicality and impressive technique have taken him all over the world, including work with the likes of Latin legends Airto Moreira, Giovanni Hidalgo, and Eumir Deodato as well as UK based artists such as Snowboy and Roberto Pla. In addition to all that his non-Latin work includes gigs with the likes of Bjork, Andy Williams and Kirsty McColl. And just to prove his versatility he is also one of this country’s leading exponents of Spanish music, and his set tonight will include his remarkable arrangements for piano of some classic Flamenco pieces. His quite brilliant CD “Ulia River of Time” was nominated for ‘Best Jazz Recording’ in the 2013 Independent Music Awards and tonight John will be performing material from that album, as well as his CD released in summer of 2016, “Times and Tides”. Also featured with the band tonight will be Uruguayan guitarist Guille Hill, bass player Richard Sadler, Spanish percussionist Andres Ticino, drummer Simon Pearson and Special Guests Eleonora Claps and Shirley Smart on vocals. Impressive players, impressive music.

“Glorious…a skilful and imaginative soloist” Jazzwise; “With pianist John Crawford on hand, there is so much style and imagination” Jazz Review