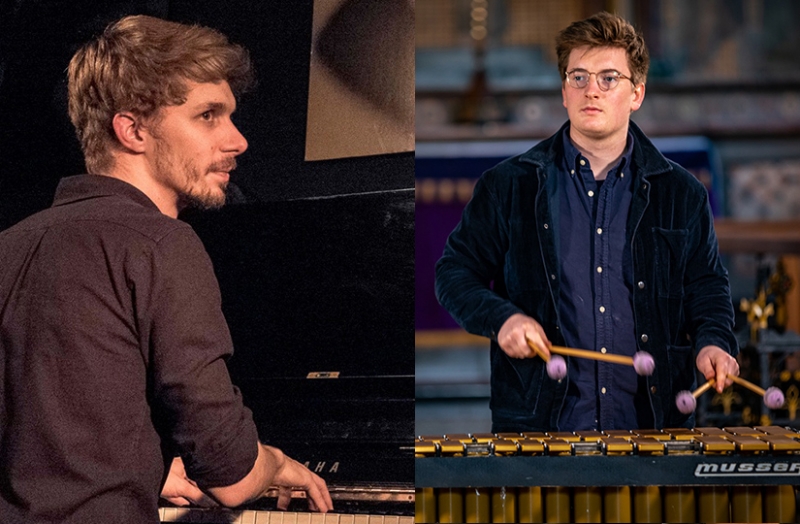 An Award-winning young musician of remarkable maturity, Jonny Mansfield already includes the prestigious 2018 Kenny Wheeler Jazz Prize and a nomination for an Ivor Novello award amongst a number of impressive accolades. A vibraphonist/drummer/percussionist and composer based in London, Jonny graduated from the Royal Academy of Music in 2017 and in addition to leading his own highly regarded 11 piece band, “Elftet”, he has performed with the National Youth Jazz Orchestra and toured with US sax star Chris Potter. His debut album with the Elftet was released in 2019 on boutique jazz label Edition Records to significant acclaim. Pianist, drummer and percussionist Will Barry graduated from the Royal Academy of Music in 2016. As part of the well-documented jazz renaissance fed by the swell of talented musicians coming out of the UK’s world-class conservatoires, Will was recognised in particular by the Musician’s Company (founded in 1500 to “regulate musicians in the city’), who awarded him their coveted “Jazz Young Musician Award” in 2017.  Now building an international reputation, Will has worked with a number of projects, most notably perhaps that of Phronesis bassist Jasper Høiby’s group ‘Fellow Creatures’ in Turkey, Belgium, Germany, Switzerland, Austria, Denmark, Holland and the UK, performing at the North Sea, Love Supreme, Green Hours and Umbria Jazz Festivals among others. He has also been heard with numerous musicians familiar here at the Club, including saxophonists Alex Garnett, Giacomo Smith and Alex Hitchcock. With his deft touch and finely honed musicality, Will’s playing is a joy to hear. For this show these two young stars will pay tribute to jazz icons Chick Corea and Gary Burton, first as a duo and then as a quartet with Joe Lee-bass and Will Cleasby-drums.