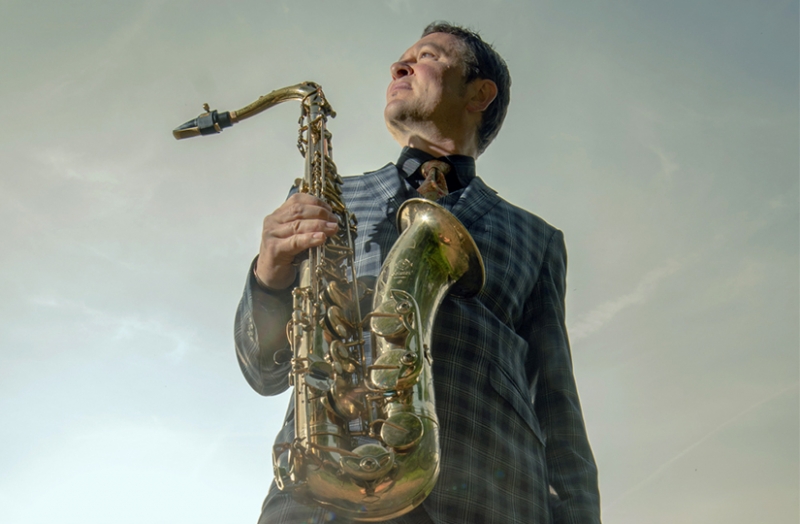 One of the UK's most distinctive saxophonists, Julian Nicholas has been a leading player on the international jazz scene since the mid 1980's. He has appeared with a veritable who's who of world-renowned jazz artists, including the likes of the iconic UK band Loose Tubes, Jimmy Witherspoon, Harry 'Sweets' Edison, Liane Carroll, Claire Martin and the London Jazz Composers' Orchestra.  He has toured internationally under his own name and with, amongst others, Carleen Anderson, ‘Carmina’ and Emil Viklický and has countless recording credits to his name.  And it's no great surprise that Nina Simone specifically requested Julian support her when she appeared at ‘The Dome’ in Brighton (his adopted home town). His wonderful, fluent and melodic playing has been described by the great saxophonist Bobby Wellins, who Julian tells me first brought him to the old 606 Club in 1981, as "beautiful and creative". As well as a fine musician he is also a wonderful composer, leads the Jazz Foundation at Chichester College, is an Associate Lecturer at Middlesex University and co-curates the South Coast Jazz Festival with Claire Martin. A fantastic night of great, lyrical, music.

"Julian Nicholas is a saxophonist of not only great technical prowess but also delicacy of expression and intensity of feeling" The Times; "Julian Nicholas’ sizzling tenor sax"  Jazzwise