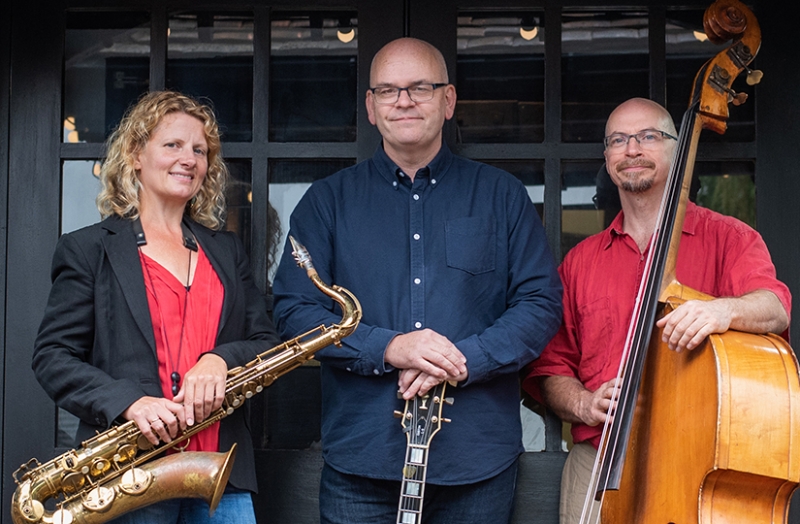 A prominent figure on the UK Jazz scene since moving to London in 2000, the multi-Award winning Karen Sharp is universally admired for her melodic, accessible yet distinctive, saxophone playing. Her career took off when she was asked in the early 2000’s to join iconic UK trumpet player Humphrey Lyttelton's band, with whom she recorded and toured Worldwide for four years. This led to her not only establishing her own bands but to appearing as a soloist with an impressive array of high-profile musicians, including the likes of US stars Scott Hamilton, Warren Vache and Bucky Pizzarelli as well as many of the finest UK musicians. More recently she has also been involved in performing with larger ensembles including the Guy Barker Big Band at the BBC Proms, the Stan Tracey Big Band and the Ronnie Scott's Jazz Orchestra. With 6 albums to her name as leader she has won the British Jazz Award for best tenor saxophonist on a number of occasions and has been a nominee in the Rising Star category of the US Downbeat Critics Poll for baritone sax in both 2018 and 2019. Tonight Karen will be appearing with her Trio (Simon Thorpe-double bass & Colin Oxley-guitar), performing material ranging from jazz standards through to tunes by the likes of Bill Evans and Antonio Carlos Jobim, as well as compositions from her latest album “Another Place”. This is straight ahead jazz of the finest calibre.

“Her sound is warm and full, her improvised lines bold and clear…her style…would come under the heading of "modern mainstream", but that doesn't do justice to her originality of approach” The Observer; “Sharp loves melody, whether composed or improvised, as reflected in her relaxed and natural phrasing” Downbeat Magazine; “A class A player” Humphrey Lyttelton