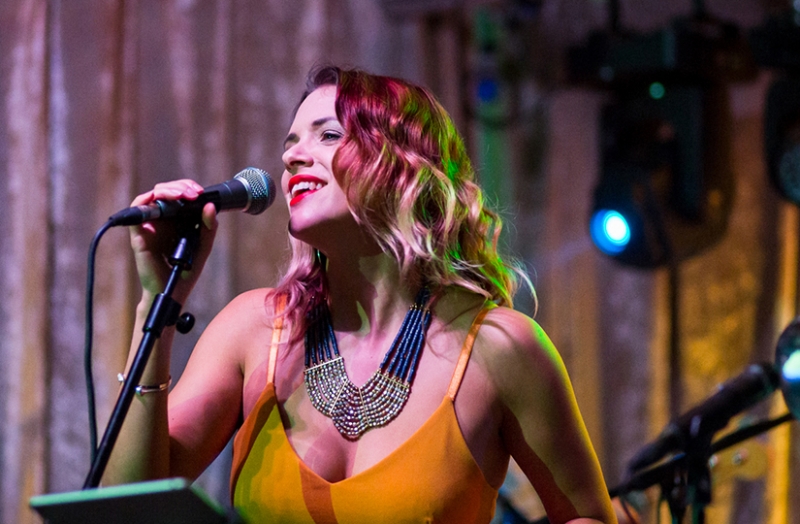 In the 5 years since she came to London from her home town of Sheffield Kat Eaton has established herself as a singer and songwriter of talent, breadth and genuine creativity. Originally discovered through Mark Forrest on BBC Introducing, Kat's singles ‘Giving It Up’ and ‘The Joker’ earned her strong support from the late Terry Wogan & Vanessa Feltz on BBC Radio 2 and Robert Elms and Gaby Roslin on BBC Radio London. Kat’s single "Where Were We" was also featured on BBC Radio London and NPO Radio 5 playlists. She lists her influences as, amongst many others, Janis Joplin, Joe Cocker, Tom Waits and Bonnie Raitt and describes her music as "..having its roots in blues, soul and country. If you like Amy Winehouse, John Mayer or Little Feat you should dig my kind of music too". Highly experienced she has performed in Holland, Czech Republic, France and Ireland as well as touring the UK supporting various artists such as Jools Holland, The Teskey Brothers, Marc Broussard and Mamas Gun, selling out multiple headline shows in London and co-writing with the likes of Ruby Turner. Kat’s just released her debut record ‘Talk to Me’, songs from which she’ll be showcasing tonight along with her fine band: Nick Atkinson-guitar, Joe Glossop-piano, Jon Cox-bass & Sebastian Hankins-drums.

Artist Notification Get notified when Kat Eaton plays at the club.