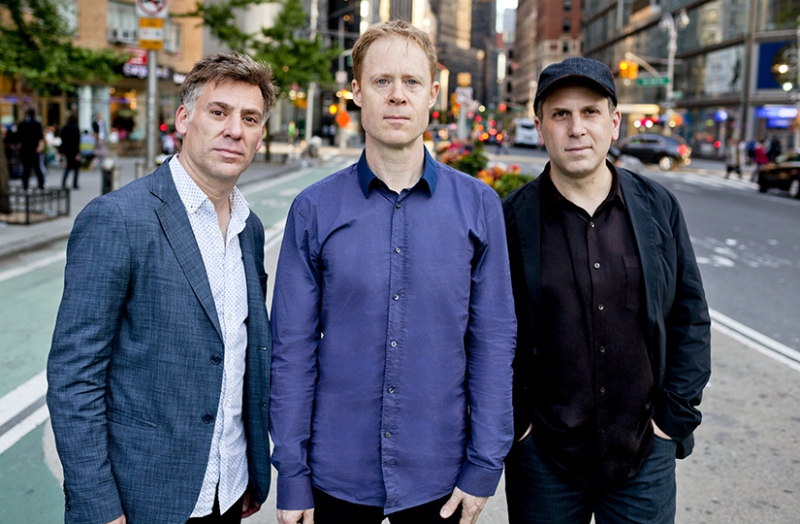 “The best organ trio of the last decade...”

Back in the mid 90's the New York Times was describing Larry Goldings-organ, Peter Bernstein-guitar and Bill Stewart-drums as "the best organ trio of the last decade." Since that time the trio has been recognized as a world class outfit, charting new ground with its empathetic, intricate playing and thoughtful music. They have recorded 12 albums and two DVDs together all of which display their distinctive sound, whether exploring classic jazz standards or performing their own, excellent, original compositions. With his signature Hammond organ style Grammy-nominated Larry Goldings has established himself as an international artist of impressive creativity and versatility, including work with the likes of Michael Brecker, Jim Hall, Pat Metheny and folk/pop icon James Taylor on a huge and impressive cv. Peter Bernstein is widely regarded as one of the finest exponents of modern jazz guitar alive today, fellow guitarist Randy Napoleon saying of him “Peter Bernstein is the most universally respected and admired jazz guitarist of his generation”. He has worked with a who's who of international stars, including Joshua Redman, Diana Krall, Roy Hargrove, Joe Lovano, Brad Mehldau and Sonny Rollins. Drummer Bill Stewart made his name with guitarist John Scofield in the early 90's and since then has become one of the most sought after drummers in the jazz world. His playing is distinguished by its polyrhythmic but melodic focus and a musical voice that is clearly his own. He has toured extensively with Michael Brecker, Pat Metheny, Joshua Redman, and Maceo Parker as well as maintaining his longstanding association with John Scofield. Depth, lyricism and complexity are all present as three of the strongest musical personalities of their generation join together to play music that is pure joy.

“Three of the world's best players in the current jazz scene” Jazzstation; "…an authentic organ trio with all the size and scope of Mount Everest, and twice the cool" Chip Stern