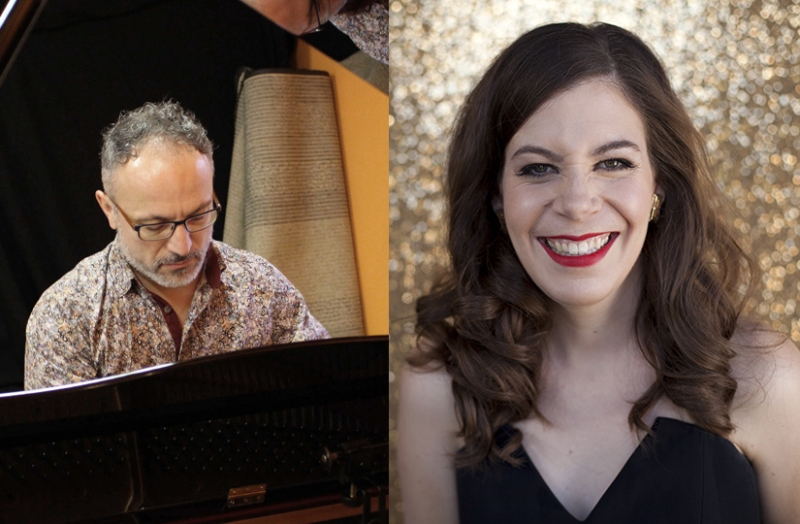 Canadian expat Lauren Bush relocated to London to pursue music on a new level a decade ago. Prior to that she had travelled extensively around North America notching up some impressive performance credits, including opening shows for Maynard Ferguson, performing at the Victoria International Jazz Festival (BC) and singing with Bobby McFerrin at the Idaho Jazz Festival. Following her move to the UK, in 2016 she released her debut album, 'All My Treasures', was a Top 5 Finalist in the Sarah Vaughan International Jazz Vocal Competition and in 2018 curated and performed a collection of Canadian songs for the London Jazz Festival. A native Italian from Umbria, Marco Marconi initially studied classical piano before moving on to study Jazz at the Music Conservatory of Perugia. After establishing himself as one of Italy's leading jazz pianists, his subsequent highly successful appearances at the Cheltenham Jazz Festival in 2009 and the Lancaster Music Festival in 2011 prompted his decision to move to the UK permanently in 2012. Working primarily with his own trio, Marco was signed to the iconic UK label 33Jazz, which released his albums "Nordik" (2016), "Trialogue" (2018) and "New Roads", his latest which was launched at the Club on October 2019 here at the 606. Today Lauren and Marco will be performing songs from the classic Duke Ellington repertoire.

"[Marco Marconi] It isn’t often you discover a performer whose creative ability takes your breath away in the first 30 seconds" JazzBitesRadio.com; "Lauren Bush has an easy on-stage manner and presence [with]….versatility and range. A…powerfully voiced…singer….quietly intense, deeply thoughtful and communicative" LondonJazz News