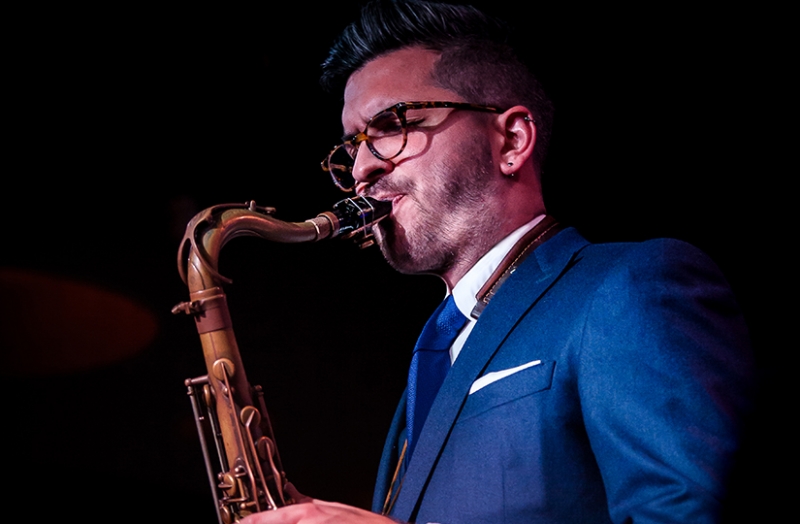 A highly respected and sought after player, Leo Richardson has been making a considerable impact on the London jazz circuit for the past decade with his direct, contemporary take on hard bop. After several years' honing his craft in the Ronnie Scott’s Big Band, Leo struck out with his debut release 'The Chase' on Ubuntu in 2017, quickly winning praise for its blistering energy and dazzling musicianship in glowing reviews. The follow up record, 'Move' proved equally sensational among the press, firmly establishing Leo as a formidable talent and in-demand sideman. In testament to his skills, Leo counts among his credits sessions and gigs with the likes of Kylie Minogue, Van Morrison, Jamie Cullum and Gregory Porter at venues ranging from The Royal Albert Hall to Glastonbury Music Festival. With an impressive list of accolades and five-star reviews from the Guardian, The Times and BBC Music Magazine this is a trajectory that shows no sign of slowing down. The band tonight is completed with the seriously talented Rick Simpson-piano, Adam King-bass and Ed Richardson-drums.

"I can’t remember hearing a more impressive debut...The style is hard bop, but music as good as this is beyond category" ***** The Guardian

Artist Notification Get notified when Leo Richardson plays at the club.