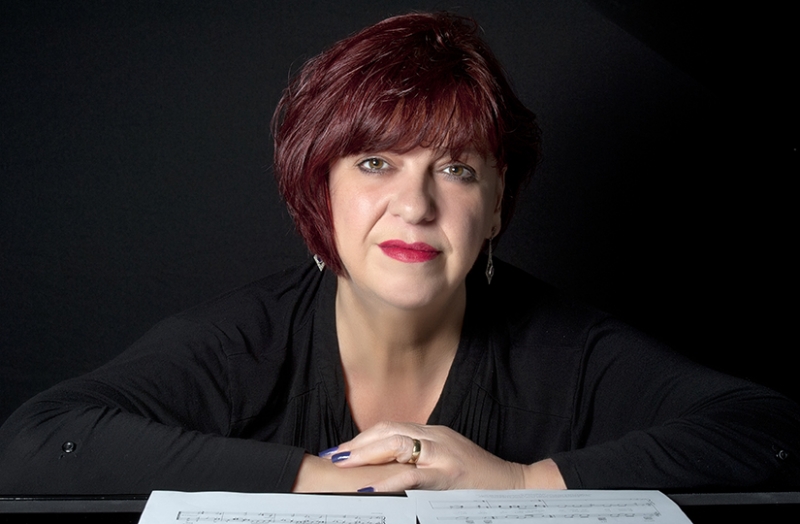 The first artist ever to win two BBC Jazz Awards in the same year, for Best Vocalist and Best of Jazz, Liane Carroll is a dynamic vocalist and pianist whose amazing talent has been captivating audiences around the world. She is recognised as one of the finest singer/pianists on the scene, working with the likes of Gerry Rafferty, Ladysmith Black Mambazo and Paul McCartney, and has been a featured performer at Glastonbury Festival. Her albums have been received with universal acclaim and led to an hour-long special on BBC TV featuring her performance at the Brecon Jazz Festival. Her CDs “Up and Down” and “Ballads” on Quiet Money Records, produced by Grammy-nominated trumpeter/producer James McMillan, garnered impressive reviews, while "Seaside" on Linn Records received a Parliamentary Jazz Award nomination for “Jazz Album of the Year”. Liane's latest recording "The Right To Love", also produced by James on Quiet Money, has been equally rapturously received, "…elegant vocal improvisations eking new truths from familiar lyrics" (Guardian). A world-class performer, Liane's powerful blues-tinged voice combined with strong piano playing and exciting infectious material, not to mention a wicked sense of humour, make this a truly remarkable gig.

“Liane Carroll...she seems in some magical way to be made out of music” The Observer; “..swinging like hell one minute, brutally expressive and heartbreakingly tender the next…utterly brilliant” Time Out;  "A jazz force to be reckoned with…the real thing" The Independent; “…world class” Guardian; “…deeply soulful” The Times; “…unswerving honesty and molten intensity…burningly expressive” Jazzwise