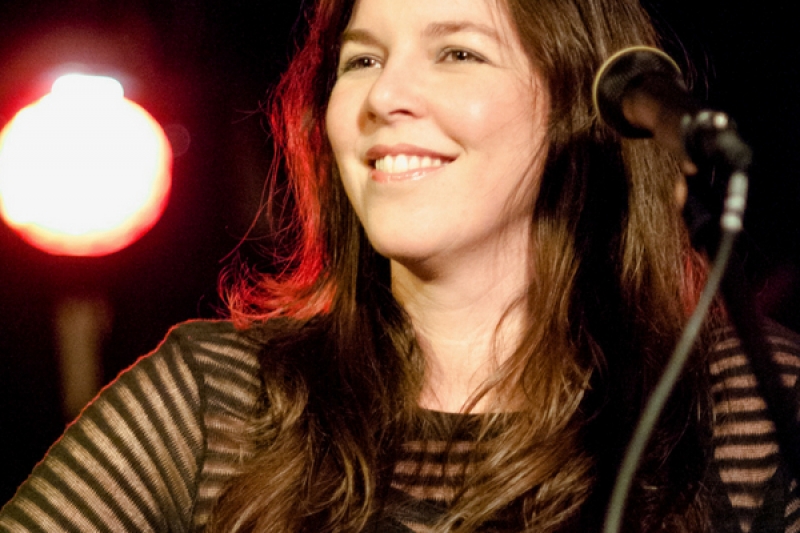 London based singer/songwriter/guitarist Lisa Kwei and her band have been making waves and gaining fans for a while now. Her debut album “The Girl You Left Behind” received rave reviews, sold thousands and gained praise and support from the likes of Sam Brown and David Kid Jensen. Lisa's influences as a songwriter are broad and eclectic, citing the likes of Bob Marley, Joni Mitchell and Fleetwood Mac alongside artists such as Stevie Nicks and Paul Weller, which help make her music both passionate and unique. Her songs are well crafted as well as thought provoking and beautifully delivered with a voice that is both sonorous and powerful. Her second album  “Leave Only Footprints”, which she described as "...a wonderful collection of original songs that the band wrote together with the help of Andrew Wal Coughlan at his studio in Wales" was also received with much praise. Tonight, as well as performing a selection of originals from the first two albums, she will also be previewing music from her newest project "Lately", which is due for release a little later this year, along with the occasional cover from artists such as Natalie Merchant, Ani DiFranco and, as she puts it, "even Dido". The musicians in the terrific band accompanying Lisa this evening will be Alun Harries (Bee Gees, Tori Amos, Leo Sayer)-drums, John Michael Cooper (Suzi Quatro)-keyboards, Rhodri Davies-guitar and Vic Cox-bass.

"The entire album is a breath of fresh air...I guarantee that you will fall in love with Lisa and her sound...she is a truly wonderful new artist. Retro, classy [music] at its very best!" Femalefirst