Brazilian-born Luna Cohen's classic, smooth but powerful vocals have been heard in a variety of high profile settings, including with the 606 Club "house" Brazilian band Samara as well as with her own, highly acclaimed, groups. This evening Luna will be celebrating 60 Years of Bossa Nova, the classic Brazilian music that introduced the world to great Brazilian songwriters such as Antonio Carlos Jobim ('Girl from Ipanema') and singer/songwriter João Gilberto. It was in fact Gilberto's recording of Jobim's Chega de Saudade in 1958 that is generally recognized as the start of the music known as Bossa Nova. Joining Luna to tell the story of Bossa Nova will be her Special Guest, singer/guitarist Jurandir Santana (Gilberto Gil, Gal Costa, Rosa Passos), considered by many to be amongst the greatest guitarists from Brazil, famous for his impressive technique and unique style. Together, Luna and Jurandir will tell the story of Bossa Nova, from its origins in the Samba of Rio de Janeiro through its global success in the 1960s and connection with American jazz musicians of the time, to its influence on the new generation of Brazilian musicians in the 1970s and 80s that can still be felt today. Making up the rest of her remarkable band will be a combination of some of the finest exponents of Brazilian music in the UK: Sam Watts (UK)-piano, Rob Luft (UK)-guitar, Matheus Nova (Brazil)-bass and Marius Rodrigues (Brazil)-drums. 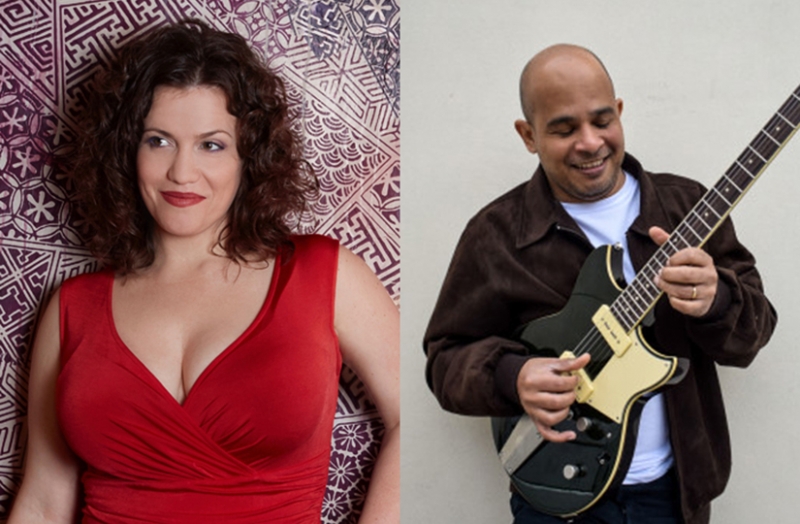