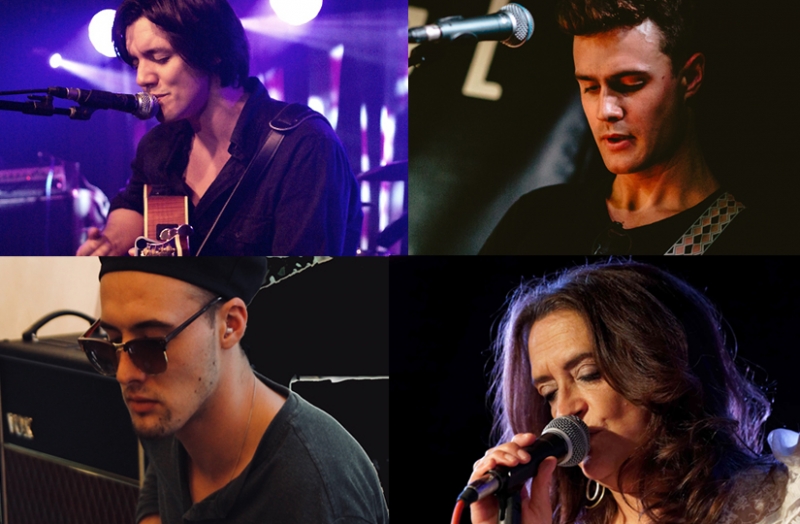 The 606 Club has, since its inception over 40 years ago, been widely considered as a "musicians" venue. Given this level of commitment to the music it's not that surprising that we have also attracted staff who, like many of our customers, are also skilled professional musicians. This afternoon we will be presenting four of our regular staff, Dan Torres, Lloyd Jerwood, Alex Rogerson and Esther Bennett, in a varied show designed to highlight their individual talents, as well as a group performance at the end of the afternoon.

After moving from London to Brazil (his father's country of birth) in 2003, singer/songwriter Dan Torres was soon making waves on the Brazilian music scene after being selected to take part in the musical reality show “Fama” (the Brazilian equivalent of Fame Academy). After that show he formed a duo with fellow participant Cidia Luize and their debut album topped the charts across Brazil with their following project earning them their first Certified Gold Disc. In 2008 Dan began work on his solo career as both a singer and composer and in 2017 he moved back to the UK to further his career, which was very much our gain. Folk-pop influenced singer/songwriter/guitarist Lloyd Jerwood has been making waves on the pop scene in the UK as a sideman for the past few years, playing with the likes of Greta Isaac and Dan Bettridge around the UK and Europe. With highlights including BBC’s Big Weekend, BBC Radio Wales and Festival No. 6, this young singer/songwriter seems destined for great things. Esther Bennett has been performing at prestigious venues in and around London for a good few years now. Singing a mixture of jazz standards and more modern material, she combines an innate sense of musicality with a studied knowledge of the jazz idiom and her CD "Just in Time" (played on both Smooth FM and Radio 2) was produced by jazz vocalist of the year Ian Shaw. More recently she has been seen performing on a regular basis in the company of the late, great, sax player/songwriter Duncan Lamont and leading UK vocalist Tina May. Singer/guitarist Alex Rogerson is the most recent addition to our staff roster and is a welcome addition to the 606 Club musical “family”. Expect a lively atmosphere, plenty of fun and some great music.