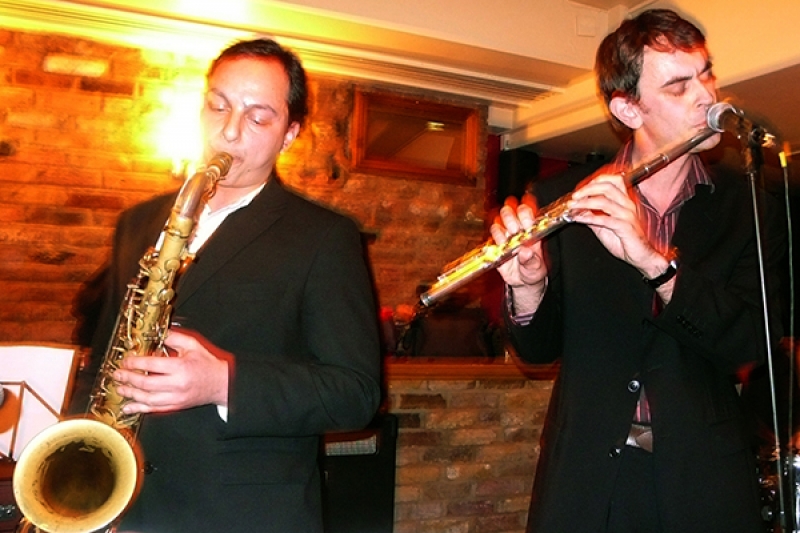 Over the last few years Gareth Lockrane has established himself as one of the finest jazz flautists in Europe, with a string of high profile appearances alongside the likes of the James Taylor Quartet, Natalie Williams and the late, great, Bheki Mseleku. It is a measure of Gareth’s growing international standing that he was named “Rising Star on Flute” in the prestigious Downbeat Critics Poll (USA), just one of many awards and accolades he’s received. This afternoon Gareth will be fronting his 18-piece Big Band that will perform mainly his arrangements of a mix of originals and the odd classic jazz standard, many of which are featured on the band's latest CD "Fistfight at the Barndance" recently released on Whirlwind records. Given Gareth’s standing on the UK scene it’s not surprising that his Big Band attracts some of the finest players around and this afternoon is no exception, featuring a host of high profile award-winning musicians including Julian Siegel, Tom Smith, James Gardiner-Bateman, Tom Barford, Trevor Mires, Mark Nightingale, Richard Henry, Adrian Fry, Tom Walsh, Andy Greenwood, Henry Collins, Ross Stanley, Mike Outram, Oli Hayhurst, Ian Thomas, Hugh Wilkinson... A rare gig by this truly exceptional Big Band and not to be missed.