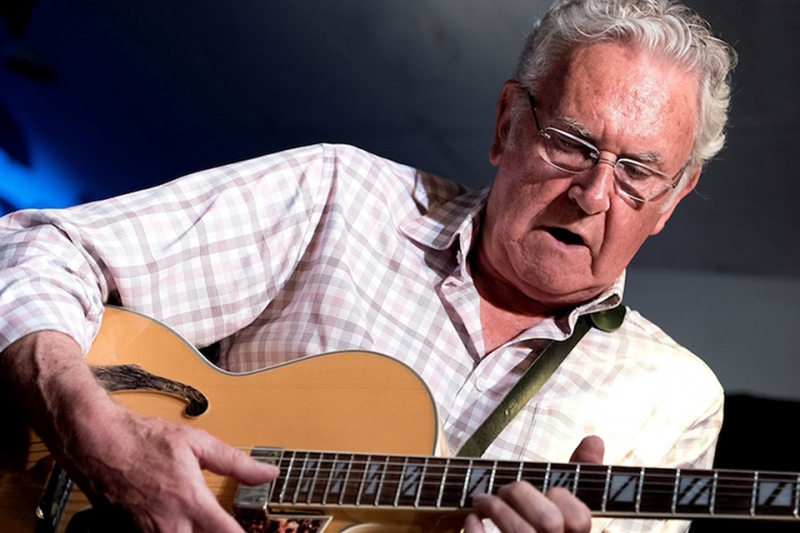 A multi-award winner, including a special Honorary Parliamentary Jazz Award in 2017, Jim Mullen is widely regarded as one of the finest jazz guitarists in Europe. Originally from Glasgow he made his name working with a number of seminal bands through the 70’s and 80’s including The Average White Band and his own highly acclaimed jazz/funk band “Morrissey Mullen”. A highly prized sideman as well as leader Jim also includes work with the likes of Mose Allison, Jimmy Witherspoon, Georgie Fame and Gene Harris on a stellar cv. This afternoon Jim will be performing material from his latest album "Volunteers" with his quite remarkable 9 piece band featuring a who's who of UK jazz: Steve Fishwick-trumpet, Mark Nightingale-trombone, Alan Barnes-sax, Julian Siegel-sax, Gareth Williams-piano, Mick Hutton-bass, Tristan Mailliot-drums and the fantastic flautist Gareth Lockrane, who also wrote most of the arrangements. Over to Jim: "In 2017 serious illness sidelined me for most of the year. But, thanks to a fantastic response from music charities, musicians, friends, family and especially my wife Zoe, I was able to focus on my recovery. This CD is my way of expressing gratitude to all involved whose talents made this dream project come true. Special mention must be made of Gareth Lockrane whose arrangements are the main ingredient". One of the best loved and most respected jazz musicians in the UK this is a very Special gig from a very Special musician.