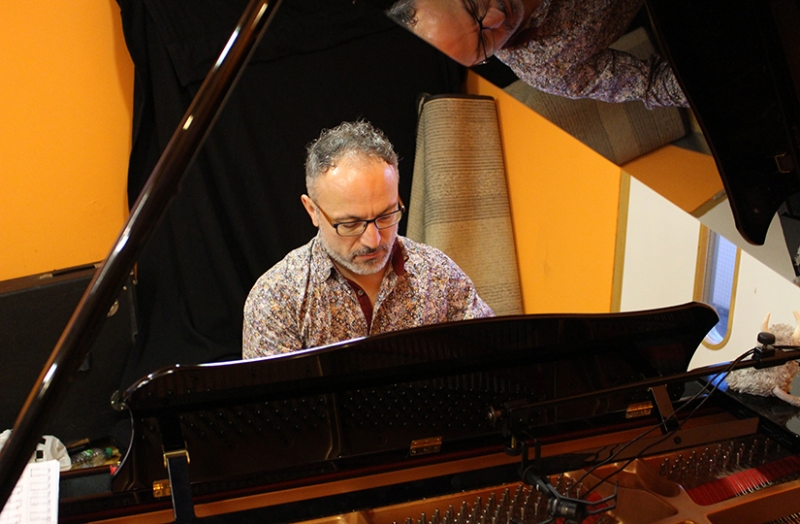 “It isn’t often you discover a performer whose creative ability takes your breath away in the first 30 seconds of hearing their music... Marco is a breath of fresh air for…Jazz fans everywhere”

A native Italian from Umbria, Marco Marconi initially studied classical piano before moving on to study Jazz at the Music Conservatory of Perugia. After establishing himself as one of Italy's leading jazz pianists, his subsequent highly successful appearances at the Cheltenham Jazz Festival in 2009 and the Lancaster Music Festival in 2011 prompted his decision to move to the UK permanently in 2012. Working primarily with his own trio, Marco was signed to the iconic UK label 33Jazz, which released his albums "Nordik" (2016), "Trialogue" (2018) and "New Roads", his latest which was launched here at the Club on October 2019 here at the 606. For the gig this evening Marco has invited the terrific American bass player Mark Wade to join him. Voted one of the top bassists of 2016, 2018, and 2019 by the prestigious Downbeat Magazine Reader's Poll, Mark has been an active bass player in the New York City area for over 20 years. His 2015 debut album "Event Horizon" and 2018 follow up "Moving Day" were released to international acclaim and he includes work with the likes of Jimmy Heath, Eddie Palmieri and Don Byron on an impressive cv. The music will comprise a mix of originals by Marco and by Mark plus a selection of classic jazz standards. Combining Marco's classical background, jazz sensibilities and truly impressive technique with Mark’s creative and fluent playing this gig, which also features Emiliano Caroselli-drums promises to be something quite special.

"It isn’t often you discover a performer whose creative ability takes your breath away in the first 30 seconds" JazzBitesRadio.com; "An inspirational feast of stylish...jazz" Stratford Jazz; “Wade…one is immediately struck by his magnificent – even magisterial – tonal color, and his articulation is informed by a dark elegance that is easy to be seduced by” Jazz Da Gama