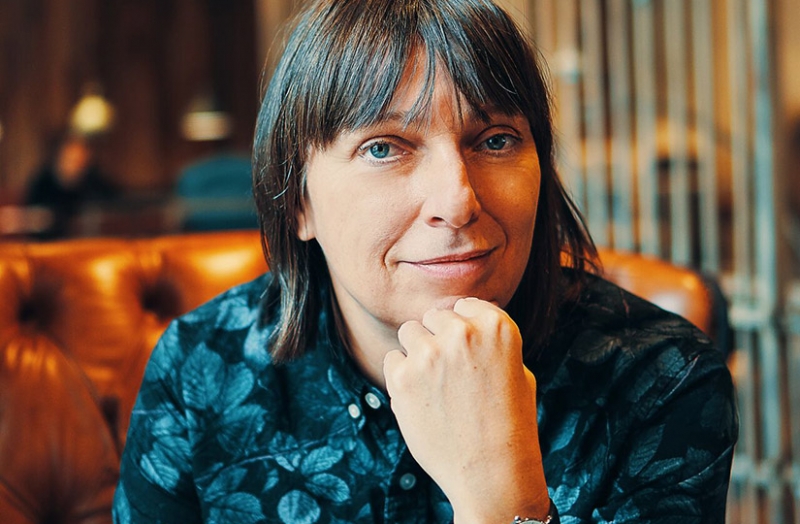 “...in a league with the key figures of modern Jazz”

The multi-award winning pianist/composer/teacher Maria Baptist was born in the early 70's, in what was then East Berlin, to a family of musicians. Initially her interests lay in becoming a classical pianist, but in her mid teens an introduction to the music of Keith Jarrett and Dave Brubeck heralded a life long interest in Jazz improvisation. During her music studies in Berlin, when she won the first of several International piano competitions, the Berlin Wall came down and it wasn't long before she was studying in New York, the start of a lifelong love affair with that City and its music. Maria returned to Berlin in the mid 90's to significant accolades as both a performer and composer, winning in quick succession a series of Internationally renowned competitions, including the Leipzig Jazz Prize, the HR Big Band Composition Contest, the Thad Jones Competition for full orchestra and the NDR Composers Competition. These high profile awards established her at Festivals and concert halls throughout mainland Europe as both a performer and composer of considerable note. Since that time Maria has grown in stature as an artist of the highest calibre, performing as a soloist or with her own and other Big Bands and Orchestras in the United States, China, South Africa, Cuba, France, Iceland, Denmark, Greece, Sweden, Italy, Luxembourg, Hungary and Spain. With 11 CD's to her name her music is characterised by an openness that breaks down genre boundaries, mixing classical and jazz influences to create a music full of intensity and drive. And if all that wasn't enough Maria is also a highly respected educator, being a professor at the Hochschule für Musik "Hanns Eisler" Berlin since 2001. These days Maria splits her time between Berlin and New York, so it is with great pleasure that we welcome her tonight on a rare visit to London with a terrific UK based rhythm section featuring the multi-Award winning Misha Mullov-Abbado-bass and Martin France (Kenny Wheeler, Dave Holland)-drums. A rare opportunity to catch this remarkable musician in the UK.

"in a league with the key figures of modern Jazz“ All About Jazz; "cool groove & cultivated touch with a great effect“ Piano News; "a listening pleasure" Jazzpodium; "In her 25-year career, Berlin-New York based composer-pianist Maria Baptist has developed a stand-alone sound" Jazz Halo; "Her music is a gift, infused with all the creativity, power, emotion, generosity and warmth that she exudes in life" Maria Schneider