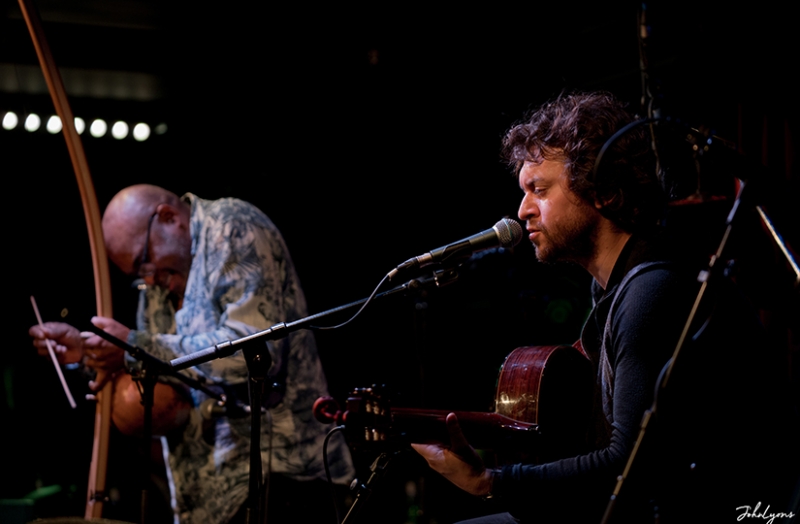 Tonight sees a performance from two of the most respected Brazilian musicians based in Europe, singer/guitarist Mario Bakuna and master percussionist Edmundo Carneiro. Mario Bakuna is a London-based Brazilian composer, singer and guitar player with over fifteen years of professional experience. A graduate of the Free University of Music in Sao Paulo, Brazil, he studied with some of the finest musicians in Brazil, focusing on Afro-Brazilian music, Samba, Jazz and Bossa Nova. He travelled to Europe to expand his knowledge and skills and since settling in London has performed alongside musicians such as Jean Toussaint, Liam Noble and Filó Machado. Edmundo Carneiro is a Brazilian percussionist who has been based in Paris for over 30 years. Hugely experienced he has toured in more than 60 countries and worked with a host of International musicians, including Baden Powell, Tânia Maria, Steve Gadd & Chucho Valdes. In addition he has also successfully performed in the contemporary electronic music scene with artists such as Saint-Germain, Bob Sinclar & Rive Gauche. Tonight, these two wonderful musicians will be performing material from their new album “Where Rio de Janeiro meets Bahia”, a musical journey to Rio de Janeiro, the birthplace of Bossa Nova and on to Bahia, the city that best represents the powerful African influence in Brazilian music. Mario and Edmundo integrate the rhythmic roots of Brazilian music and its sophisticated harmonies in a remarkable setting that sounds more like a band than a duo! The music itself is a celebration of some of the greatest Brazilian composers and performers including the likes of Dorival Caymmi and (of course) Tom Jobim. Over to them for the final word: “We promise to transport the audience to a place where the real and the imaginary are experienced, all enhanced by the poetry of music”. Now that you can’t miss!

“More than a percussionist, Edmundo Carneiro is a magician”  Maria de Medeiros