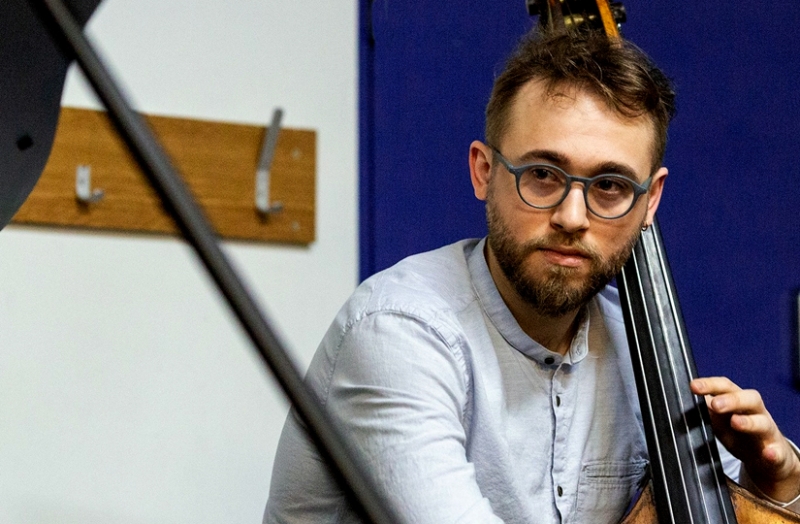 Bassist Mark Lewandowski first captured the attention of the jazz community while still a student at the Guildhall School of Music & Drama. Named a Yamaha Jazz Scholar, he appeared regularly at London’s premier venues with artists including Tony Kofi, Andrew McCormack and Jean Toussaint, as a sideman but also as the leader of his own project, “Waller” (a tribute to Fats Waller with Liam Noble & Paul Clarvis). However with the opportunity to study at the prestigious Julliard School, Mark moved to New York and has since found his profile ticking steadily upward after joining the band of one of the most successful and acclaimed American jazz musicians bar none, Wynton Marsalis. Mark is delighted to return to familiar turf however for a special concert with some of his closest UK collaborators, including leading UK saxophonist, Alex Garnett. A member of the Ronnie Scott’s All Stars pool, Alex’s powerful, flowing, hard bop sax style has also been heard with some of Europe's leading bands and creative jazz ensembles including Sir John Dankworth, Peter King, Van Morrison and Jools Holland. Also chosen by Mark to complete tonight’s quartet are pianist Bruno Heinen and drummer James Maddren. This cracking lineup will perform a broad mixture of music, from Mark’s own highly acclaimed original material to lesser-known standards.

“…sonorous, fluent, delivered with the presence of a bassist who has already earned his place as an indispensable part of our scene” London Jazz; “Bassist Mark Lewandowski …had the kind of finesse that made a single repeated note seem interesting” Telegraph; “Alex Garnett…one of Great Britain’s most accomplished post bop musicians” AllAboutJazz