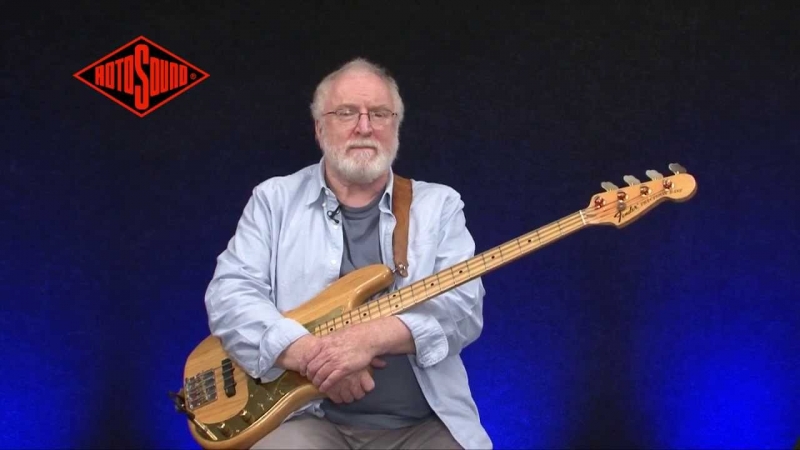 From the late 60's and his work with the classic Jazz/Rock band "Affinity" to the present day, electric bass player Mo Foster has established himself as a highly respected session musician, record producer, composer, solo artist and author. In his stellar career he has worked with the likes of Jeff Beck, Phil Collins, Van Morrison, Eric Clapton, Sting, Dusty Springfield and Geno Washington. In the studios he has performed on more than 400 albums for the likes of Gerry Rafferty, Brian May, Ringo Starr, Cher, Jose Carreras, Nigel Kennedy and Leo Sayer, and as a producer has worked on the albums of  Dr John, Maria Muldaur and Gil Evans. Mo has composed and produced hundreds of titles for the major Production Music Libraries, co-wrote with Ray Russell the instrumental ‘So Far Away’ as well as co-writing with Ringo Starr. And if all that wasn't enough Mo is also an author, his latest book British Rock Guitar being an amusing, anecdotal, semi-autobiographical description of rock’s early days in Britain. Mo is a recipient of a BASCA Gold Badge Award which honours those who have worked tirelessly to support the British songwriting and composing community. Tonight Mo will be bringing his Gil Evans in Miniature Project to the Club, inspired by his time working in the band of that iconic composer/ arranger. Gil Evans was and is one of jazz's greatest arranger/  composer/ bandleaders who, in a stellar 40 year career, first came to prominence for his colloborations with Miles Davis in the late 50's and early 60's, producing three seminal albums, Miles Ahead (1957), Porgy and Bess (1958), and Sketches of Spain (1960). AlthoughMo started out performing music from the Gil Evans cannon, these days the programme  also features compositions from the likes of Jaco Pastorius, Michael Gibbs, and John Lewis. Here's Mo on the band: "When I toured with Gil Evans and his British Orchestra in 1983 his sound world left such a lasting impression that when I put together this new band in 2016 the sound I was aiming for was Gil Evans in Miniature: structured, with beautiful harmonies and melodies, and with room for great solos. I chose the players simply because they were the best, and amongst the finest jazz soloists in the country". And those players are: Ray Russell - a guitarist/composer who has had a truly exceptional career, including playing on David Bowie’s Space Oddity and Tina Turner’s Private Dancer, Chris Biscoe - an iconic sax player on the UK scene who includes work with the likes of Mike Westbrook, George Russell and Hermeto Pascoal, the terrific Jim Watson - a brilliant pianist/keyboard player who has recorded and/or toured the workd with the likes of Manu Katche, Sting, Peter Gabriel, Katie Melua, Patti Austin, Richard Bona, and Lalo Shifrin and the brilliant Nic France on drums whose cv includes performances with the likes of Loose Tubes, David Gilmour, Bill Withers and Mose Alison. These guys very rarely get to perform together in public these days, so this is a truly special occasion not to be missed.