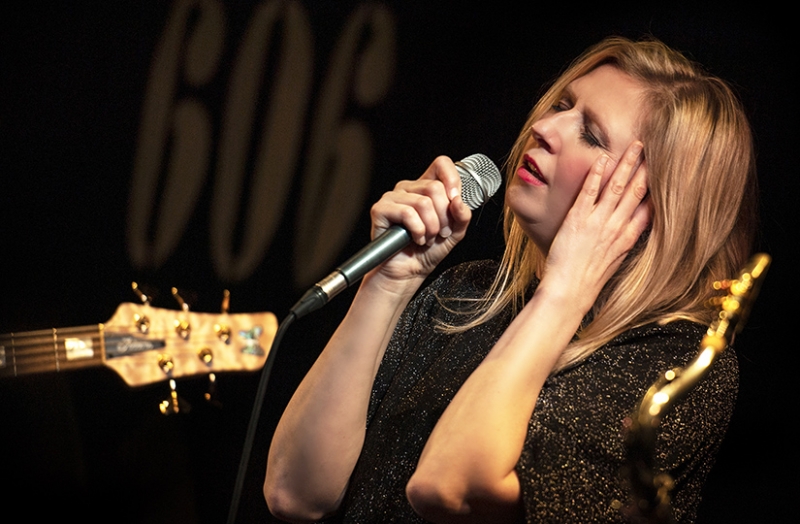 A singer-songwriter of Polish origin now living in London, Monika Lidke blends jazz, folk and Latin grooves with influences from her Polish and French roots to create an enchanting and eclectic style, evoking comparisons to Suzanne Vega, Norah Jones and even Joni Mitchell.  Since releasing her first album, “Waking up to Beauty” in 2008, Monika has built an international following, working with high profile artists including singer Basia and bassist Janek Gwizdala, who collaborated with her on her second album, “If I Was to Describe You”. In 2017, renowned Dutch/US label Dot Time Records picked up her third record and now she’s back in the studio working on her fourth. With a reputation as a mesmerising live performer, Monika has appeared at numerous well known jazz clubs such as Ronnie’s and Pizza Express, as well as festivals including the London and Manchester Jazz Festivals and Rhythms of the World. Tonight’s show will mark the launch of the album “Let the World Be A Question” released in October 2020. The CD and vinyl gathered enthusiastic and heartfelt international reviews in the midst of the pandemic: “original and intriguing” (Vinyl Anachronist USA), “Poetic Profundity” (Adrian Pallant/AP Reviews) and was named by French jazz blog Guillaume Lagrée as one of their Vocal Jazz Albums of the Year 2020. Monika has put together a truly standout band for this special occasion: guitarist Matt Chandler, bassist Jakub Cywiński, cellist Adam Spiers and drummer Adam Teixeira.

“Here's an artist who knows how to invade our dreams!” JazzFM; “Beautiful, delicate, addictive.  I can’t get this music out of my head. It’s so good.” Poland National Radio 3; “Absolutely beautiful.” BBC Radio London