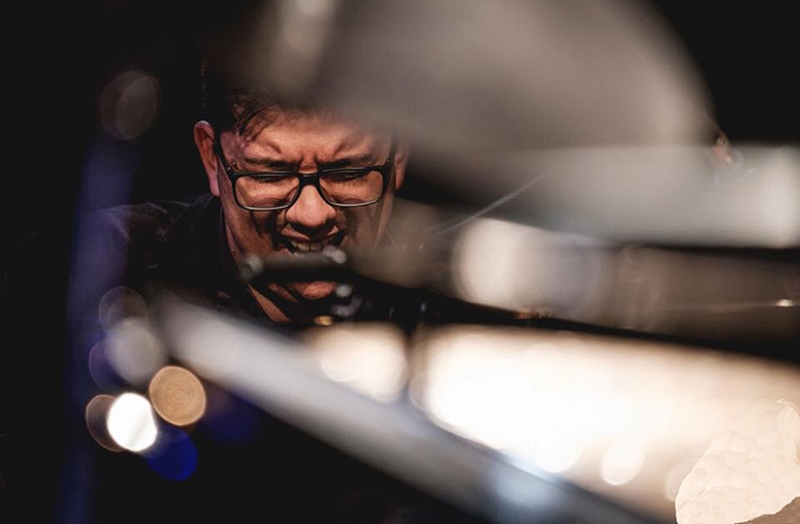 “Dezső Oláh, one of the best Hungarian jazz pianists”

Winner of the highly prestigious Junior Prima Award at the age of 18, multi-Award winning composer and pianist, Dezső Oláh, now 33, is widely considered to be one of Hungary's most talented musicians. A graduate of the world-famous Franz Liszt Academy of Music Dezso is a remarkably versatile musician whose work manages to combine the fruits of his classical training with his passion for straight-ahead jazz. His immersion in the Hungarian and Roma musical traditions combined with his carefully honed classical compositional skills have contributed to an eclectic career where his trio playing hard driving modern jazz is as successful as his crossover Trio á la Kodály or his septet featuring woodwinds. His album, “Reflections on Béla Bartók’s Six Romanian Dances” received rave reviews in the Hungarian music press and one of his most recent concerts featured not only his jazz trio but also two pieces written for jazz trio and classical Wind Quintet. Tonight Dezso will be welcoming as his Special Guest one of the UK’s most respected jazz saxophonists the multi-Award winning Julian Siegel (Partisans, Hermeto Pascoal, John Taylor, Kenny Wheeler) along with the fabulous UK rhythm section of Calum Gourlay (John Scofield, Kurt Elling)-bass and Martin France (Yellowjackets, Joe Lovano)-drums. The music will be a mix of jazz standards and Dezso’s original compositions and with this World Class lineup this gig promises to be something very special.

“Dezső Oláh, one of the best Hungarian jazz pianists” JazzMa.hu; "Siegel…One of the UK's most creative saxophonists" MOJO Magazine