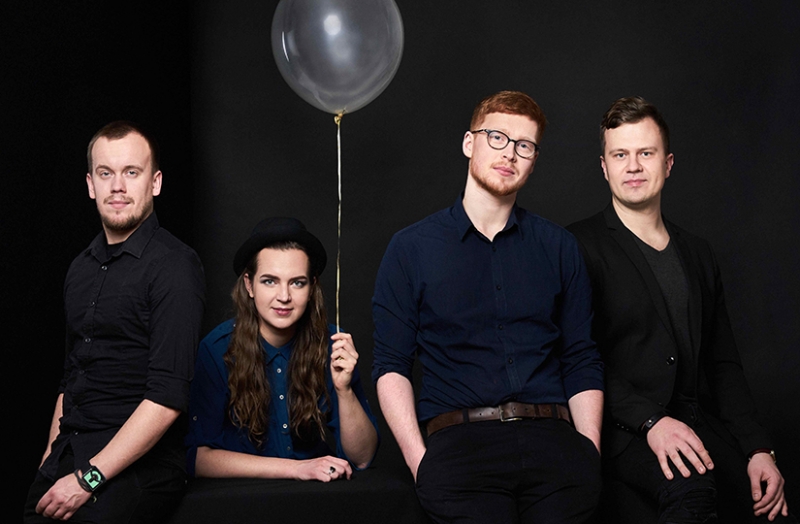 8:00pm **MUSICIAN’S XCHANGE** LAURI KADALIPP SOCIAL JAZZ  A recent Alumnus of the Estonian Academy of Music and Theatre saxophonist, band leader and composer Lauri Kadalipp is widely regarded as one of the most talented and versatile musicians of his generation. Winner of the “Young Jazz Talent of The Year” Awards 2018 he has rapidly moved to establish himself as one of Estonia’s most exciting jazz prospects. He has been associated with a wide variety of different music and styles, including straight ahead small group jazz and his own Jazz Big Band as well as more contemporary jazz groups. Tonight he will be bringing to the Club his most recent line up “Lauri Kadalipp’s Social Jazz”, featuring some of the brightest young stars on the Estonian Jazz scene: Allan Järve-trumpet, Kirke Karja-keyboards and Tõnu Tubli-drums/electronics. With Lauri on electronics and keyboards as well as sax the band perform a mix of originals, jazz standards, Groove and contemporary jazz in what they like to describe as “a mixture of dynamics and emotions, luscious harmonies and refined rhythms”. “Social Jazz” has already conquered much of Estonia’s contemporary music scene and this gig is the first in a series as part of their plans to expand abroad. Their first LP "Feels Just Right" debuted in early 2018 and in January 2019 a new EP “Live in Põhjala Factory” was released on digital platforms. Highly recommended.

9:45pm JAZZ FROM THE ROYAL ACADEMY OF MUSIC featuring THE LUKE BAINBRIDGE BAND This gig is being presented in collaboration with The Royal Academy of Music, and is part of the Club’s ongoing policy of providing a platform for younger musicians. Tonight the featured musician will be drummer Luke Bainbridge with his excellent band.