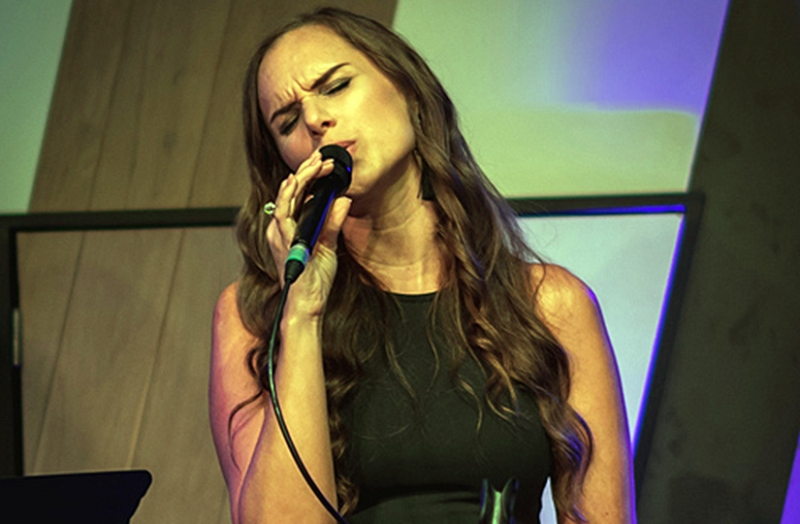 “special and unique....the end result is...pleasing to both the ear and the heart”

One of the most popular jazz singers in Hungary the multi Award winning Klara Hajdu's beautiful voice has been heard with a veritable who's who of leading European jazz musicians. She first came to prominence in 2001 when, at the age of 19, she won first place in the solo talent category of the SONY MUSIC and BRAVO Awards. Following her graduation in 2003 she was asked to join one of Hungary's leading jazz bands, the Elemer Balazs Group, with whom she toured and recorded extensively, including winning two gold discs as well as the Fonogram Award and successfully touring throughout Europe and the US. In 2012 she left the Elemér Balázs Group to build her solo career with her own quartet and since then has steadily built an impressive reputation as a singer of power, finesse and versatility. Her album dedicated to Chet Baker was nominated in 2017 for Album of The Year and also the Fonogram Award and in addition to all that she is currently a teacher at the Budapest faculty of the world famous Vienna Konservatorium. Joining Klara tonight will be the terrific UK rhythm section of Gabriel Latchin-piano, Jeremy Brown-bass and Josh Morrison-drums.

Presented in association with the Hungarian based non-profit organisation Harmonia Muhely Alapitvany.