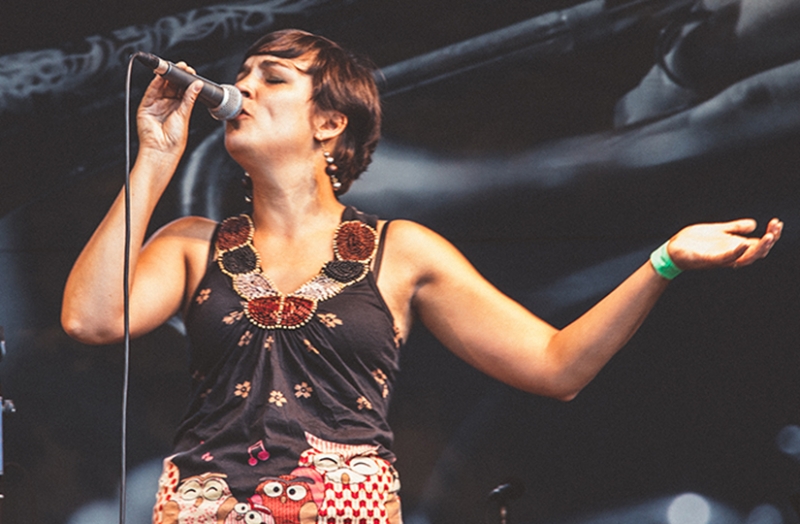 Tonight we are continuing our series of Exchange programmes with the Budapest Jazz Club by featuring one of Hungary's most exciting upcoming singers, Alma Bencze. Born into a family of musicians, Alma waited until her mid 20's before applying to, and being accepted by, the Kodolányi János University’s Jazz department. However, her natural talent quickly made up for lost time and her gifted performances were soon being heard with various bands around Hungary. She was invited to the Bucharest International Jazz Competition in 2010 and in 2013 she founded her own band, which began performing with notable success at the best jazz clubs in Budapest. However, just as her star was starting to rise she took time out to have two children and is just now, in the last 12 months, rekindling her promising career. Last summer she appeared at a charity concert where 27 of the most established Hungarian singers performed and her rendition of “Black Coffee” brought the house down, becoming the talk of the Hungarian jazz scene. Performing carefully crafted arrangements of jazz standards Alma concentrates on words as well as music, giving real depth to often neglected lyrics. The framework she creates is melodic and charming, which mixed with the freedom of group improvisation makes her performances a delight for all music lovers. Supporting Alma tonight will be a rhythm section featuring some of the finest jazz musicians in the UK, Tim Lapthorn-piano, Arnie Somogyi-bass and Lloyd Haines-drums.

The 606 Club’s “Musician’s XChange Programme” was founded to facilitate artistic dialogue as well as performance opportunities for British jazz musicians in Europe and European jazz musicians in the UK.
Presented in association with the Hungarian based non-profit organisation Harmonia Muhely Alapitvany