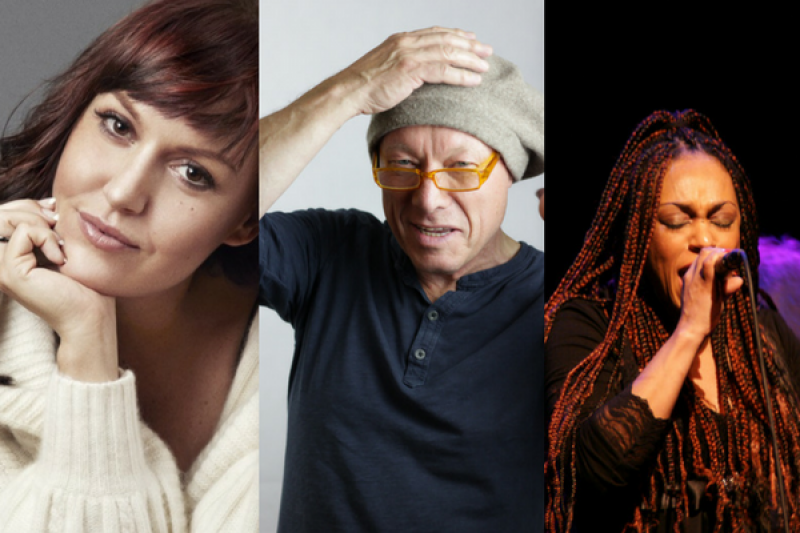 Friday nights at the Club have for many years now been our Groove/R&B nights and so for this Festival Friday I thought, to make it just that little bit special, we should have not one but 3 great artists performing through the evening. The wonderful Natalie Williams has been strutting her stuff here at the Club for over 10 years, going from a young upcoming Soul/R&B singer to established artist. With an 8 year Residency at Ronnie Scott’s leading her “Soul Family” Sundays through appearances at International festivals such as Montreux, Rochester (New York), Jakarta and the Blue Note Tokyo Nat has established herself as one of the finest singers on the UK scene. Her two-year stint as a lead vocalist in Incognito brought her worldwide acclaim and as a lead artist in her own right, Natalie has in recent years performed at the Cheltenham, Manchester, Love Supreme and London Jazz Festivals. Ably assisting her tonight will be her fantastic band featuring Rob Mullarkey-bass, Phil Peskett-piano and James Maddren-drums. Bev Skeete did her first gig here at the Club a little over 4 years ago and since that time has become an essential member of the 606 Club Soul/Groove singers "club". Here powerful, sophisticated, vocals have been heard over the years in numerous high profile projects and she was a pivotal member of ex-Rolling Stones’ bassist Bill Wyman’s project Rhythm Kings, playing and touring with them from the mid-1990s. Bill said of her contribution to their music, “she turned out to be my biggest find of all – putting another dimension into our songs”. However, her CV is also loaded with the names of dozens of well-known pop, soul and dance acts with whom she has toured or recorded, including Robbie Williams, Will Young, Tina Turner, Jamiroquai, Elton John, Chaka Khan, Tom Jones and Johnny Cash. It’s fair to say that Beverley’s talent and versatility have put her in a class that few can equal. For her set tonight she has put together a standout band, including Nial Tompkins-guitar, Rob Eckland-piano, Chris Dodd-bass and Geoff Dunne-drums. And finishing off the evening tonight will be an artist who has been performing here at the Club since the mid 90's, Tony O'Malley Unquestionably one of the most charismatic vocalists working in the UK he has been a featured performer since the late 60s. His CV is vast and includes stints with the iconic band 10CC as well as his own seminal Jazz/Funk band Kokomo, with whom he still appears. His brand of jazz-tinged contemporary soul and blues is really stunning, with his fabulous, smoky, velvety growl of a voice delivering original material and some covers in his inimitable style. With ten CDs to his name, including his latest album "Meteorite", Tony has established himself as one of the most original and powerful performers on the scene today, with a fan base that reaches around the world. Not surprisingly his regular band features some of the finest groove musicians around including Tony’s latest recruits, the up-and-coming guitarist Richie Aikman, bass player Sonny Winslow and young drum talent Ally McDougal. No 606 Festival would be complete without an appearance from Tony on a Friday night ad it is a pleasure to welcome him this evening.

“Natalie Williams…a commanding...presence” Telegraph; “Beverley Skeete…came into her own with a perfectly paced version of James Brown’s ‘It’s a Man’s Man’s World’.” LondonJazz News; “...the velvet gravel throated O’Malley is one of the UK’s most undersung vocal performers…one of the UK’s hottest properties” Jazzwise