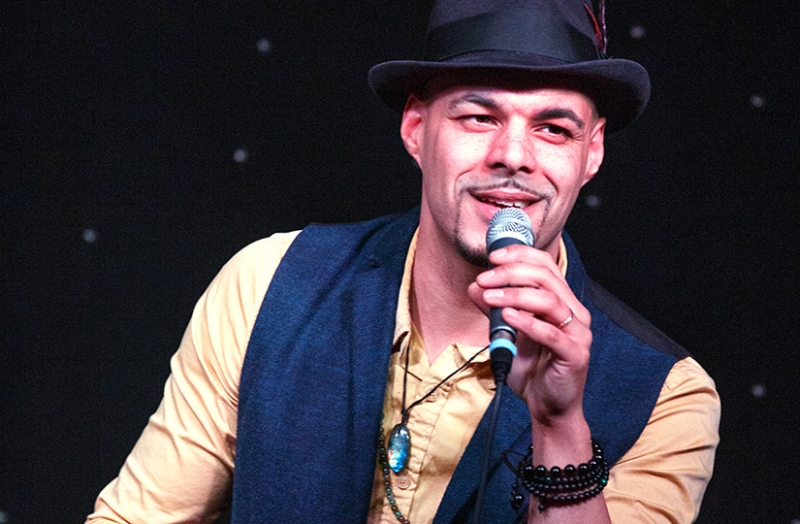 A thrilling performer and soulful vocalist, Paris Ruel is a singer-songwriter with an impressive list of accolades to his name. His profile, both in the UK and Internationally, includes appearances in venues ranging from Monte-Carlo Sporting Club and Forte Village Sardinia to Jazz Cafe and the Cardiff Arena. Inspired by as he says,"classic Soul, Funk & R&B with a touch of jazz”, tonight’s powerful show promises to be stylish, groove-laden and full of fun. Also featured in his six-piece band will be 606 favourites Lex Cameron-kybd/vocals and Luke Smith-kybds.

"The...session...was literally seething with excitement as the...highly energetic singer, Paris Ruel, was getting down" Blues and Soul Magazine

Artist Notification Get notified when Paris Ruel plays at the club.