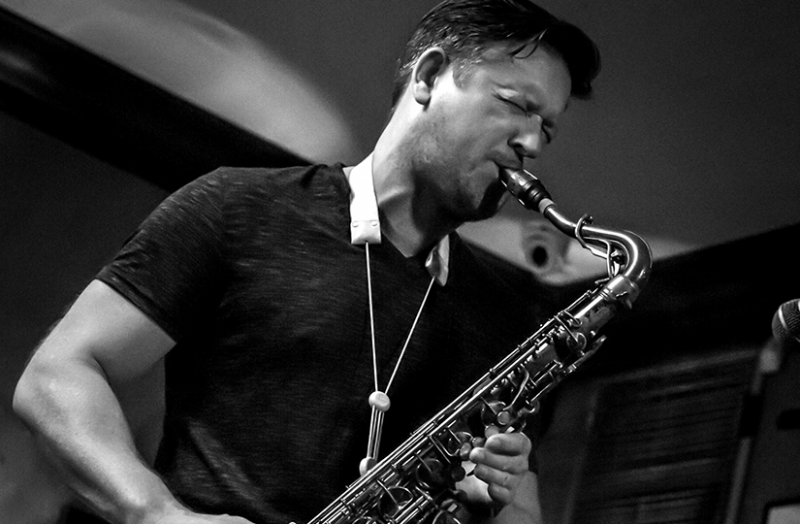 A powerful and lyrical player, Paul Booth is without doubt one of the leading saxophonists of his generation. He includes a number of prestigious awards on his CV, including “Most Promising Young Jazz Player”, “Best Modern Jazz Player” and the American “Clifford Brown/Stan Getz Award”. He toured the world as the featured saxophonist with the “Riverdance” show, worked with the likes of Eric Clapton and Matt Bianco and is currently a member of the Steve Winwood Band. He has been featured on numerous recordings as a sideman, as well as with his own world music ensemble, Patchwork Project and world music big band Bansangu Orchestra (of which he is Music Director), putting him among an elite class of musicians on the jazz scene and beyond. This 606 show will premiere several (or more!) newly-written compositions that Paul will be including on his next album, and will also feature special guest on trumpet, Alex Ridout, winner of the 2016 BBC Young Musician Jazz Award. Rounding out the quintet are frequent collaborators Ross Stanley-piano, Dave Whitford-bass & Andrew Bain-drums. Great musicians, great music this.

“Blistering saxist” Independent; “Exceptional talent” Sunday Times; “Paul Booth…has long enjoyed a reputation as a sax player of… intensity...[as well as] an interesting composer…. the result is a delight.” Daily Telegraph; “Paul Booth is... effortless ….rich and warm of tone, he is a pleasure to listen to.” Birmingham Post