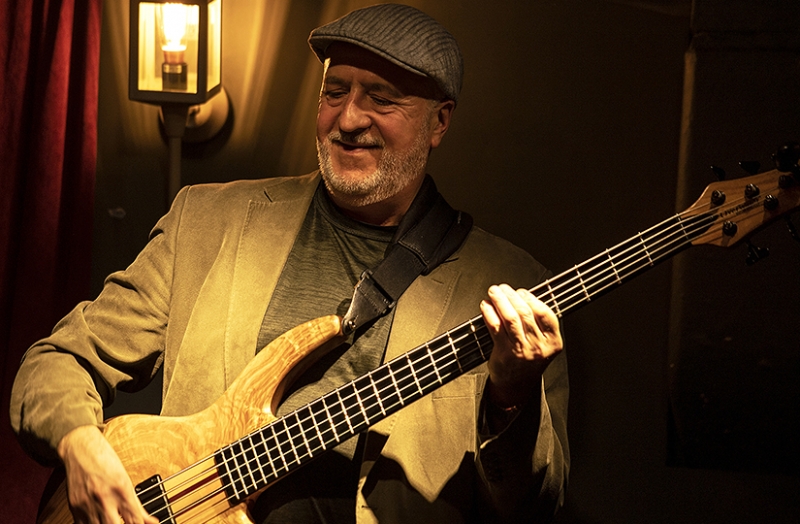 Paul Carmichael has been an in-demand bass player since the late 70s, working with Allan Holdsworth on the seminal album “IOU”, Ian Carr's “Nucleus”, and Barbara Thomson's “Paraphernalia” as well as his own band "Flight". Now also a well-respected producer he has often been heard at the Club playing with other people, but tonight we welcome him with his latest band playing a mix of classic jazz standards from the likes of Wayne Shorter and Herbie Hancock as well as takes on his own originals. What makes this gig particularly interesting, however, is that in a subtle change from his previous bands, which featured Paul on electric bass playing hard driving Jazz/Groove, tonight Paul will be featured extensively on acoustic bass playing music that he describes as "small combo jazz in the classic format". He has arranged his more groove-orientated pieces, such as those on his last CD “Wax is Melting”, to the gentler pace of a modern jazz quartet and to bring this concept to fruition has asked some of the finest players around to join him, including the impressive Vasilis Xenopoulos-sax, along with Chris Neill-piano and drummer Sophie Alloway. If this gig is anything like the gig they did here recently this promises to be a thoroughly musically rewarding night.