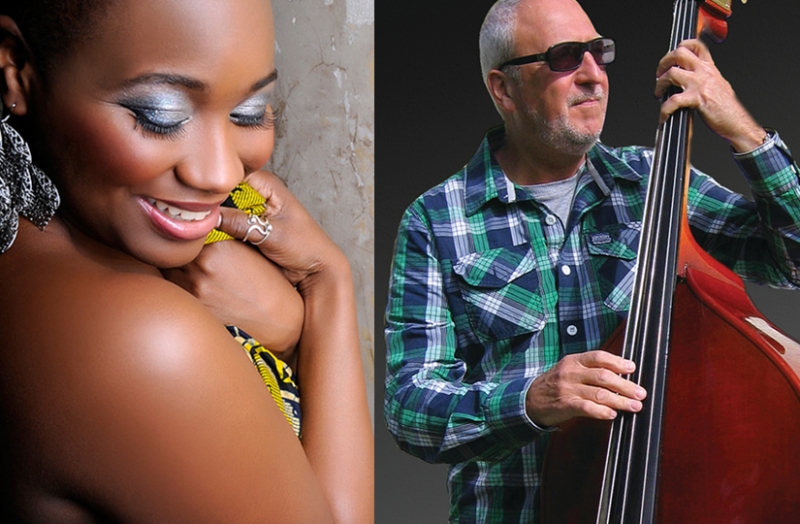 Paul Carmichael has been an in-demand bass player since the late 70s, working with Allan Holdsworth on the seminal album “IOU”, Ian Carr's “Nucleus”, and Barbara Thompson's “Paraphernalia” as well as his own band "Flight". Now also a well-respected producer he has often been heard at the Club playing with other people, but tonight we welcome him with his latest band playing a mix of classic jazz and Groove standards from the likes of Wayne Shorter and Herbie Hancock to Stevie Wonder, as well as takes on his own originals. As Paul says, the music will be  "funky, organic, melodic...with lots of improvisation". He has asked some of the finest players around to join him, including the impressive Vasilis Xenopolous-sax, upcoming keyboard star Chris Neill-piano and drummer Francesco Mendolia from the iconic band Incognito. And if all that wasn't enough he has also invited the terrific singer Janine Johnson to join the band for the gig here at the Club. A lead vocalist with the Urban Voices Collective and Westcoast Soulstars Janine's collaborations also include the likes of Paloma Faith,  Bobby McFerrin, George Michael,  Ray Davies and The Who. As a singer/songwriter her debut  album, "Strength, Wisdom and Growth", was released in 2010 to considerable acclaim and a recently released EP "Passion" is the forerunner to her long awaited second album, due  for release in 2019. With Janine's outgoing personality and high energy performance alongside Paul's muscular bass and accompanied by his brilliant band, this promises to be an exciting and musically rewarding night. “

Paul Carmichael…Great fusion bass player” Time Out; "an irresistibly uplifting piece of jazz-funk...Carmichael's trademark rock-solid electric bass drives a tight but rumbustious band" LondonJazz News; "Janine has a unique ability to captivate and draw…us into her inner  sanctuary - which is a special & soulful place to be!" Paul Newman (Capital Radio)