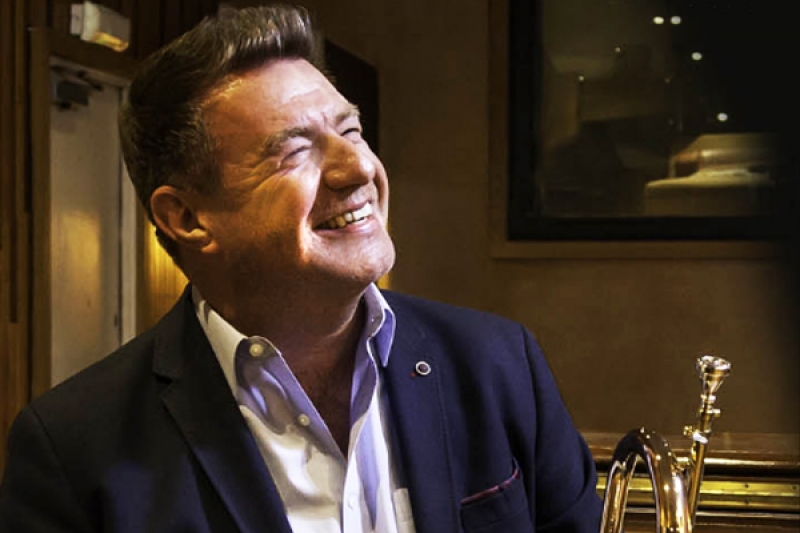 Since first arriving on the UK music scene in 1989 Paul Moran has gone on to establish himself as one of the most prolific and sought after musicians of his generation. A multi instrumentalist, he is fluent on Piano, Hammond Organ, Synths, Trumpet and Flugel Horn, he is also a highly respected composer and arranger. Although you may not recognise the name you will certainly have heard his playing and the list of musicians with whom he has toured and/or recorded gives a keen idea of exactly how good he is, including the likes of Natalie Cole, Buddy Greco, Tom Jones, Roger Daltry, Pete Townshend, George Michael, Bronski Beat, Bette Midler (MD), Sister Sledge, Mark Knopfler, Candy Dulpher, Rick Astley, The Drifters (MD), Cilla Black (MD), Wishbone Ash, Marcella Detroit, Michael Ball, Maceo Parker (Montreux Jazz Festival), Chrissie Hynde and Jools Holland. His film and TV work include Band Leader on the Paul O'Grady Christmas Special Show and the Paul O'Grady Royal Wedding Special, Big Band leader and MD on 'Children In Need' and ' An Evening with Van Morrison'. Composition credits include the first series of 'One Foot In The Grave'. the music score for 'Hound Of The Baskervilles' starring Peter Cooke and Dudley Moore, ‘Leo’, starring Dennis Hopper and Joseph Fiennes and the Terry Gilliam movie 'Tideland'. And if all that wasn’t enough, for more than 10 years now he has been the Musical Director for iconic singer/songwriter Van Morrison, appearing on a number of Van’s albums, including 'Astral Weeks Live At The Hollywood Bowl' and 'Born to Sing: No Plan B' as well as innumerable live gigs Worldwide. But as well as his work with a vast array of International artists Paul is also a highly accomplished Jazz musician in his own right, specialising in playing the Hammond B-3 Organ. He has produced a series of albums featuring both his piano and B-3 playing, including the highly acclaimed “Smokin’ B3” “Piano Moods” and “Blue Note Tribute”. Tonight Paul will be featuring numbers from his latest album “Smokin B3 Volume 2” which he describes as “tipping its hat to the 1960’s style of Jimmy Smith and Richard “Groove” Holmes”. Assisting him in his groove endeavours this evening will be, unsurprisingly, some of the best musicians in Europe, including the Award winning Nigel Price (JTQ)-guitar, Laurence Cottle (Eric Clapton, Jason Rebello)-bass and fellow Van Morrison bandmate Mez Clough (Tom Jones, Jeff Beck)-drums. We will be manhandling a Hammond B3 down in to the Club for this gig (don’t ask!) and with iconic organist Jimmy McGriff describing Paul as “the real deal” this promises to be a very special gig. And keep an eye out for some of Paul’s musical friends stopping off to help the gig along just that little bit more. Highly recommended. "..the B3er-horn man still knows how to work a groove....Moran hums on the Leslie amps and Price glides with cool strings...a juke joint that jumps" Jazz Weekly; "Moran's accompaniment throughout was just right....and his keyboard playing shined on the....organ" Downbeat