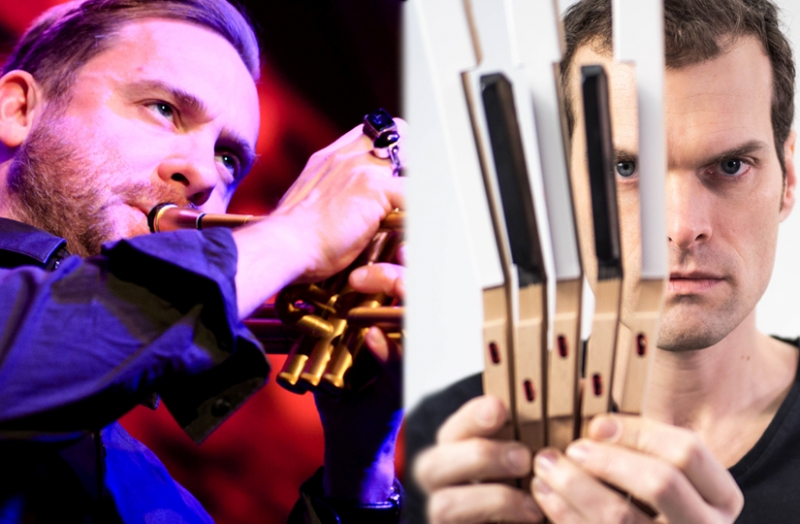 For almost two decades now, Quentin Collins has had an enviable reputation as a lyrical and melodic trumpet player with a powerful sound and approach. His first album released in 2007 "If Not Now, Then When?" received critical acclaim, the Guardian calling Quentin a "young brass virtuoso". He has continued to forge an impressive reputation on the UK scene via projects including the quartet with 606 regular, saxophonist Brandon Allen and including work with the likes of Jeff Beck, Jason Rebello, Basement Jaxx, Omar, Prince and Roy Ayers. These days he is probably best known for his work with the internationally acclaimed Kyle Eastwood Band. Joining Quentin in co-leading duties will be the highly acclaimed British pianist Andrew McCormack. Andrew first captured the attention of the jazz world with the 2006 release of his debut album ‘Telescope’ for which he received the BBC Jazz Award for ‘Rising Star’. Since then he has toured, recorded and collaborated with an impressive array of internationally established musicians, including Randy Brecker, Quincy Jones, Jamie Cullum, Jean Toussaint and most recently Kyle Eastwood, which has seen him contribute to the scores and orchestrations of several Clint Eastwood films. Andrew’s 2014 album with his Trio, ‘First Light’, recorded in New York, earned 5 Stars from BBC Music Magazine while the 2017 eponymous debut of his progressive jazz band ‘Graviton’ was described as "amazing stuff” by Jazz FM. Also featuring the World Class rhythm section of Laurence Cottle (Van Morrison, Gwilym Simcock)-bass and the multi-Award winning Israel Varela (Pat Metheny, Charlie Haden, Mike Stern)-drums. The programme title for the evening, as described by Quentin and Andrew, is “Inner Space- The Music of Chick Corea & Woody Shaw” and promises to be pretty special! By the way, Andrew and Quentin have been playing together for over 25 years in one iteration or another, and their musical rapport is evident both onstage and off.