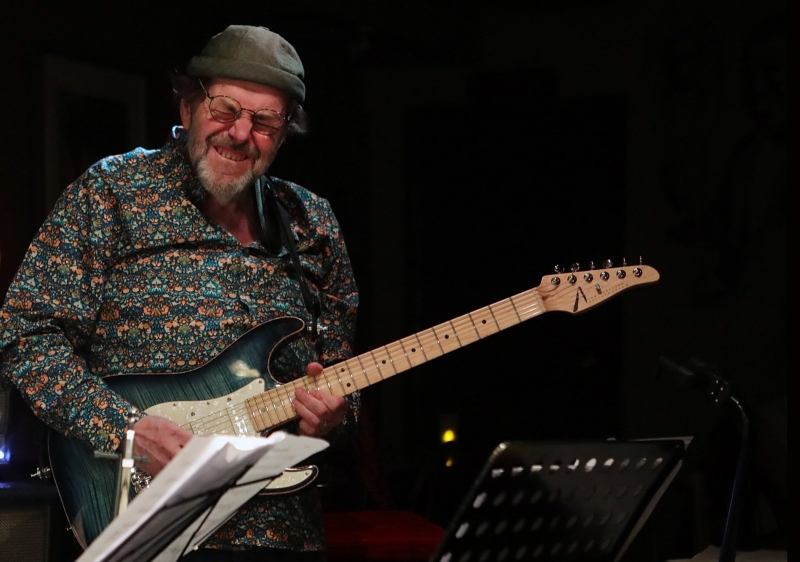 Ray Russell is a guitarist/composer who has had a truly exceptional career. He is primarily known for his session work - you will have heard his playing on David Bowie’s Space Oddity, Tina Turner’s Private Dancer and numerous other tracks with artists as diverse as Freddie Mercury, Gil Evans and Andy Williams. You will also have heard some of his vast array of award-winning soundtrack compositions, which include the theme tunes to “Bergerac” and “A Touch of Frost”. Though Ray has never been a household name, amongst his fellow musicians and aficionados he is heralded as one of the greats. His last album, “Now, More Than Ever” showed his ability to weave and dodge with apparent ease between moods and styles is the same as it ever was and his gift for a melodic riff or phrase just as pleasurable. Ray (and his frequent collaborator Mo Foster) are also part of an upcoming documentary feature, “One More Time”, a retrospective of London’s busy session scene of the 50's - 70's. Tonight he will be launching his latest album “Fluid Architecture” featuring musicians from the album, Chris Biscoe-sax, Jim Watson-piano/kybds, George Baldwin-bass/Chapman stick along with Ian Palmer-drums. Unsurprisingly given Ray’s intrepid approach to creativity, Fluid Architecture resonates with Russell's various immersions in R&B, cool jazz, jazz-rock and jazz fusion. A unique gig.

Interview with Ray in Jazz Journal 2021 by Trevor Hodgett

Artist Notification Get notified when Ray Russell (Album Launch) plays at the club.