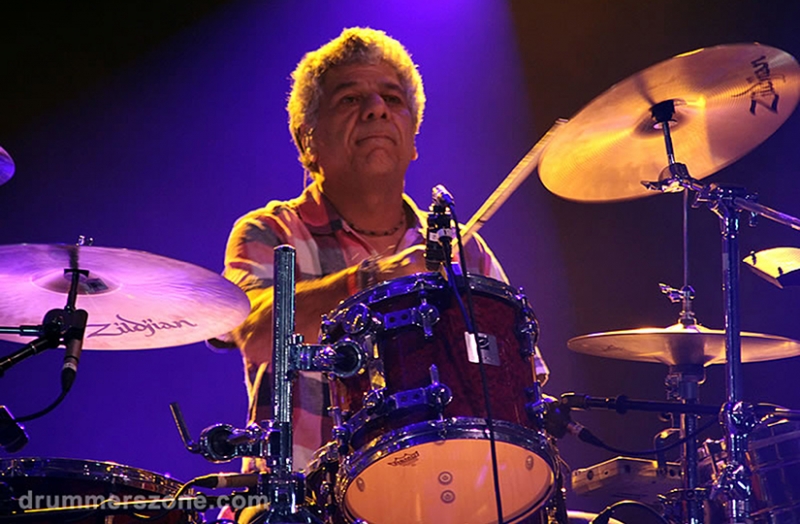 Guyanese born drummer Richard Bailey is a legendary figure on the UK Groove scene. After spending some time in Trinidad his family moved to England and in London, as a teenager, he got his first notable gig with Johnny Nash, the Reggae and Soul hero, along with the great Bob Marley. It wasn't long before musicians started to notice this precocious talent and by the age of eighteen he had recorded on Jeff Beck's biggest selling album “Blow By Blow” to critical acclaim, as well as appearing on the film soundtrack “Tommy” alongside Pete Townsend, Phil Chen and Roger Daltrey. The following decade saw innumerable recordings and tours, including two world tours with Billy Ocean, and in the late 80's/early 90's he joined the iconic British acid jazz/rock/soul fusion band “Incognito”, with whom he was to remain for the next 15 years. By the early 2000's he had moved to occupy the drum chair with the equally iconic Steve Winwood Band, with whom he still tours and records to this day. This evening, in the company of James Lascelles-piano, Jake Elkan-guitar and Mike Bailey-bass Richard will be bringing his project "Sans Souci" to the Club. Over to him for a description: "Sans Souci translates as "without worries" and this seasoned instrumental quartet deliver just that, transporting listeners via intricate jazz funk flavours to sunny Caribbean shores". Now that you can't miss! A great friend of ours it's with enormous pleasure that we welcome this iconic drummer to the Club this evening with his own band.