Robin Jones: A Celebration in Memory of Robin 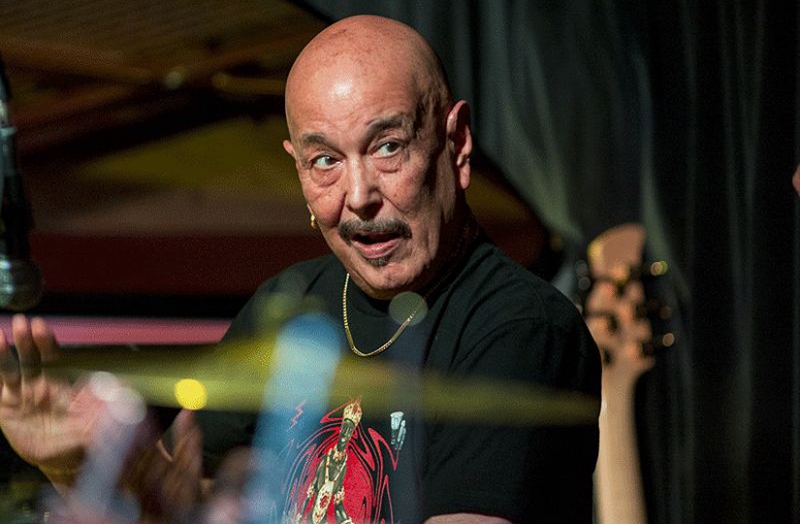 Known for playing authentic Latin music with a strong jazz feel, for many years The Latin Underground sextet performed on a regular basis here at the Club. The band was led by iconic conguero Robin Jones who was widely considered to be one of the finest and most influential percussion players of his generation. His shaven head and distinctive earring had been seen in groups from his own iconic band “King Salsa” to those of Tito Puente, Elton John and Sade amongst many, many others. He was also a highly respected teacher and was responsible for the introduction in to the scene of a raft of talented percussion players. Often affectionately referred to as the “Godfather of British Latin music” Robin was truly one of the great performers on the international Latin scene. His association with the Club went back decades to the original 606 on Kings Road and he was considered to be very much part of the 606 “family”. Sadly, Robin passed away earlier this year and so today we will be presenting an afternoon of Latin/Jazz with the intention of celebrating the Life and Music of this wonderful man and musician. The gig today will feature many of the musicians who played and studied with Robin, including his long time musical collaborator Nick Walker-sax alongside Gavin Broom-trumpet, Chris Kibble-piano, Gerry Hunt-bass, Marc Cecil-drums and Satin Singh-percussion. And expect plenty of Surprise Guests! So if you knew Robin and want to come to pay your musical respects, or if you are just looking to hear some of the best Latin music in the UK, do come down and help us Celebrate the life of one of the kindest, most impressive and most charismatic of musicians ever to perform on the British music scene.