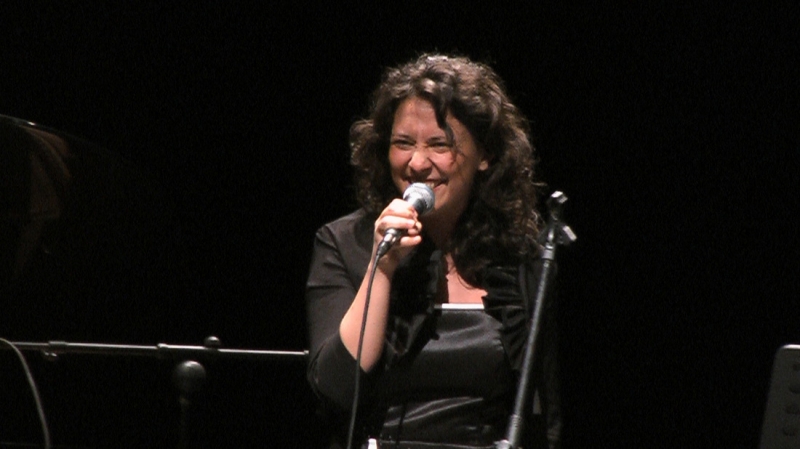 Born in the South of Italy, the Award winning vocalist Rosanna Brandi started singing lessons in Bari before further developing her musical studies at “Accademia Internazionale della Musica” in Milan, where she completed her Diploma in Jazz in 2005. Throughout her time in Milan, she was awarded several scholarships as Best Vocalist while also performing in International Festivals such as “Time in Jazz”, “Foggia Jazz” and “Nuoro Jazz” and recording the signature tunes for the TV programmes “La Sai l’Ultima Vip 2004” and “Gospel Music Makes Me Fly”(2004). In 2007 she decided to move to London, where she completed a Master’s degree in Jazz Performance at the Guildhall School of Music and Drama (2010). In the same year she opened Elton John’s concert close to her Italian hometown in Trani with the Danilo Rea quartet. Since living in the UK Rosanna has performed at the ‘Cork Jazz Festival’ and also took part in the ‘London A Cappella Festival’ in King’s Place, singing with Eclectic Voices and the Swingle Singers. She recently performed with the Barbican Mass Choir for the European Premiere of Wynton Marsalis’ “Abyssinian Mass" and is currently a member of the ‘London Vocal Project’ and ‘Rhythms of the City’. Rosanna released her debut album "One Day" in 2014 on Squeaky Monkey Records and is a respected educator, teaching vocals at the London Music School. Tonight Rosanna's lovely, faultless, voice will be heard performing a mix of classic jazz standards, Brazilian music and the occasional melodic original. Alongside her will be 606 regular, pianist Ross Stanley along with Tim Thornton-bass and Andy Trim-drums.