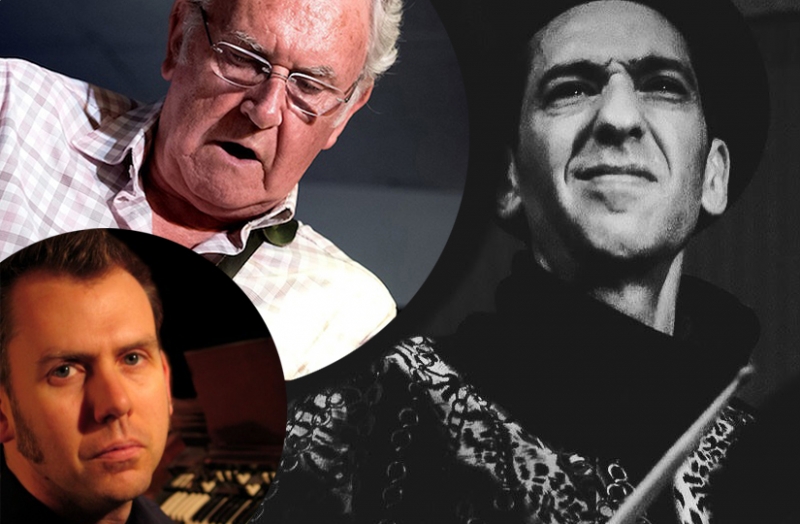 Unfortunately Bobby Quigley is not able to perform tonight.

Drummer Roy Pfeffer has been based in London since 2001. His CV includes work an impressive array of high profile artists, including Badly Drawn Boy, Morcheeba, Jamiroquai and many more. But he also leads and fronts the 'modern New Orleans funk band' The Big Smoke Family, who appear regularly at Ronnie Scott's amongst other prestige gigs. Tonight Roy will be joined by one of the UK's most acclaimed jazz guitarists, Jim Mullen. Originally from Glasgow he made his name playing with a number of seminal bands through the 70’s and 80’s including Brian Auger’s “Oblivion Express”, The Average White Band and his own iconic jazz/funk band “Morrissey-Mullen”. The third member of the Trio is sought-after Hammond organ player Pete Whittaker (the Filthy Six, John Etheridge's Blue Spirits Organ Trio, Nigel Price...).With their wealth of experience, this promises to be a cracking show!

“One of the great Jazz guitarists working today” Jazzwise