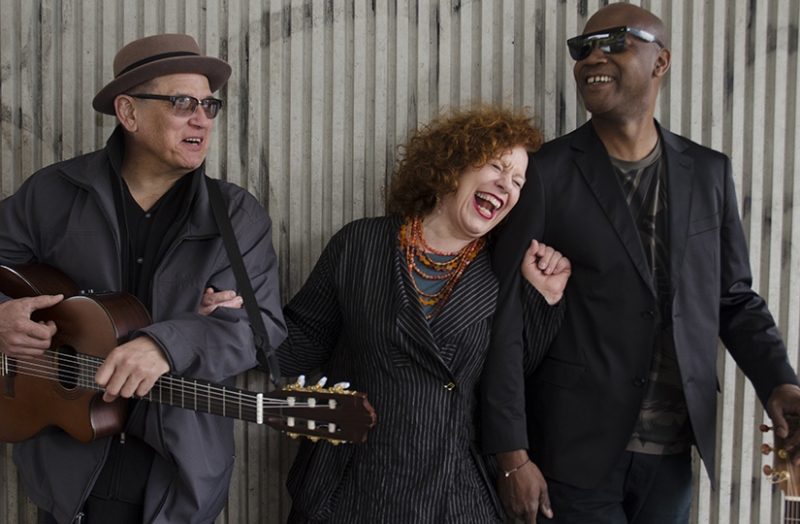 “a force of nature”

Sarah Jane Morris’ enviable career spans from early 80s, politically active bands The Republic, Happy End and the Communards through to her current international success as a singer/songwriter of undeniable stature. To give just some idea of her breadth and creativity, concert highlights have included a Swing Ladies concert with Chaka Khan and Monserrat Caballe, a performance in front of 10,000 fans in Athens, a European Tour with the Royal Philharmonic Orchestra, numerous sell-out weeks at Ronnie Scott's and the “What Women Want” concert with Sinead O'Connor and Chrissie Hynde at the Royal Festival Hall. Sara Jane’s music straddles rock, blues, jazz and soul and is hard to define but she describes herself as “Nina Simone meets Janis Joplin”. Her latest recording, “Bloody Rain” is a deeply personal work dedicated to the people of Africa which has been received with considerable critical acclaim. Sarah will be accompanied this evening by two of the finest guitarists on the scene, Tony Remy (Annie Lennox, Incognito) and Tim Cansfield (Bee Gees) performing music from her numerous albums, including her latest project “Sweet Little Mystery”, her tribute to the remarkable singer/songwriter John Martyn. A powerful, compelling performer with a unique style, not to be missed.

“Bloody Rain…is her masterpiece” Jazzwise; “A voice that can excite shivers of passion and delight … Soaring, swooping, sensual and sophisticated, this voice is more than a style, it’s a force of nature” Observer; “Sarah Jane Morris....mesmeric” Guardian;  “..a vocal Titan” The Star Phoenix, Montreal

Artist Notification Get notified when Sarah Jane Morris plays at the club.