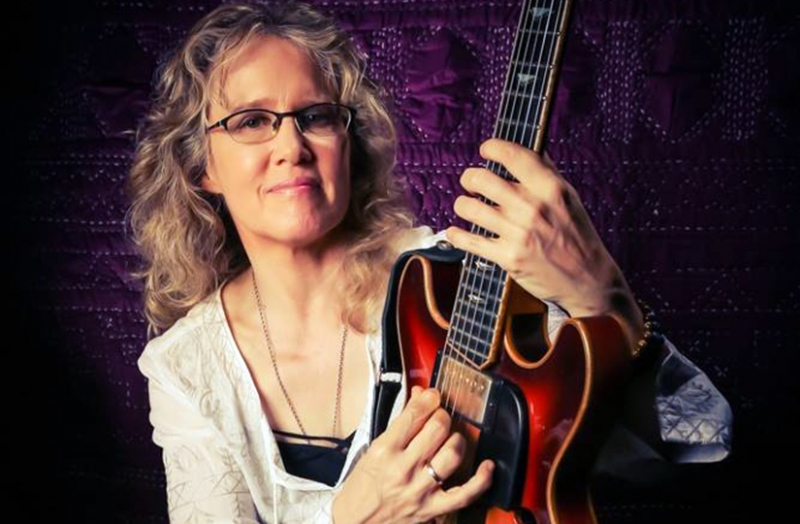 “...among the best bop guitar players with a fresh approach and something new”

Multi-Award winning Sheryl Bailey (Downbeat "Rising Star" Winner 2013, 2014 & 2015) is one of the most technically gifted jazz guitarists on the scene. From Pittsburgh, Pennsylvania but now based in New York City, she began playing guitar at the age of 13. Originally an aspiring rock star, observing her mother’s passion for piano during her teenage years helped her develop a deep harmonic appreciation and opened her up to the influence of more varied musical styles. After attending Berklee College of Music, the years of dedication were rewarded with 3rd place in the 1995 Thelonious Monk International Jazz Guitar competition, following which she was chosen as a Jazz Ambassador for the U.S state department in 2000. Since then Sheryl’s playing and reputation have gone from strength to strength. Currently she maintains live performances alongside a busy teaching schedule including being an associate professor at Berklee College of Music, Boston and includes time as artist in residence at LA Music Academy and teaching classes at the Guitar Institute in Los Angeles on an impressive cv. To date Sheryl has released 9 CD’s under her name, with highlights including the brilliant “Live At the Fat Cat” which received great critical acclaim, the 2009 album “A New Promise” which is a tribute to American female jazz guitar pioneer Emily Remler and her most recent, "Plucky Strum" an acoustic duo record with the brilliant US bassist Harvie S (Sheila Jordan, Alan Broadbent, Jerry Bergonzi). With a playing style which combines hard bop, Jazz standards and fusion this promises to be a fantastic night which any aspiring jazz guitarist and fans of world-class guitar playing in general should not miss! Also appearing with Sheryl will be David Gordon-piano, Simon Woolf-bass and Paul Cavaciuti-drums.

“A sizzling guitar goddess” All About Jazz; “her fluidity of style is impressive, her agility uncommon” Jazz Times