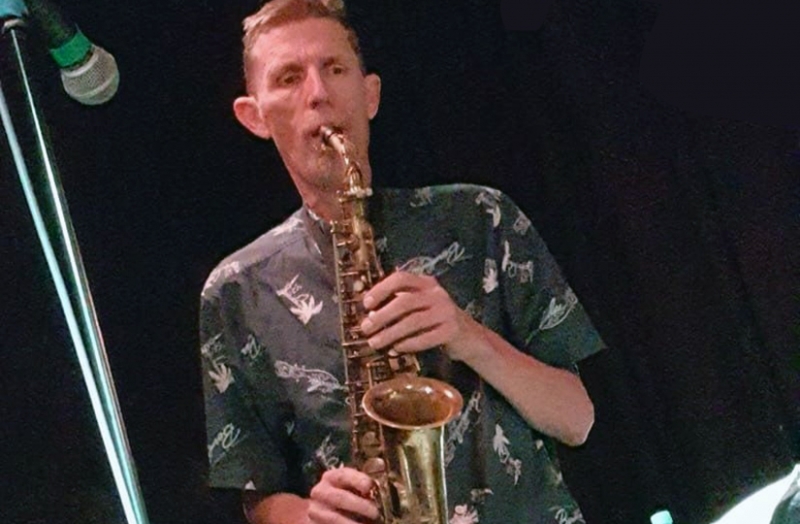 Steve Buckley first came to prominence in the 1980's as one of the featured young sax players in the now legendary, and hugely influential, band Loose Tubes.  A key member he performed and recorded with them throughout the duration of the band's existence, establishing a well deserved reputation as a fluent and creative improviser. At the same time he was also developing a close association with the London African and Latin scenes, appearing with bands such as Taxi Pata Pata (a top Zairean Soukous outfit), Bosco D’Olivera’s Grupo Folia and Roberto Pla’s Latin Jazz Ensemble. Highly active at the cutting edge of the music of that time he could also be heard with musicians who became some of the most sought after and respected musicians of their generation, including Ashley Slater, Django Bates and trumpeter Chris Batchelor. His continued connections with African music led him to travel to Ghana to work with The Pan African Orchestra and with Kakatsitsi in the UK. However, Steve’s main area of work has always been within the contemporary jazz scene, playing and recording with artists such as John Taylor, Julian Arguelles, Steve Arguelles, Eddie Parker, Iain Ballamy, Billy Jenkins, Huw Warren, Christine Tobin, Phil Robson, Colin Towns, Seb Roachford, Mark Lockheart, Mike Outram and Kit Downes. Steve’s close association with Chris Batchelor has continued throughout their careers and in 2006 Steve and Chris received the BBC Jazz on 3 award for best new work with “Ten Tall Tales”. More recently he has played and recorded with the legendary South African pianist Tete Mbambisa and also with a re-united Loose Tubes. New projects include Zone-B, a Buckley/Batchelor production featuring guitarist Rob Luft, bassist Tom Herbert and drummer Gene Calderazzo, the Buckley/Watts/Calderazzo Trio and a duo collaboration with the pianist Huw Warren. Tonight this highly experienced and much vaunted musician will be appearing at the Club with his quartet featuring Mike Outram-guitar, Steve Watts-bass and James Maddren-drums. This is Steve's first appearance at the Club under his own name for more than 15 years so it is with enormous pleasure that we welcome back this fine musician.